Recently, MG Hector has showed up on the internet in some new clothes. Well, in the spy images, it looks quite like the Wuling Almaz RS that on sale internationally.

MG Hector helped the British-owned Chinese brand set its foot rather firmly in our market. The carmaker made its entry in India with the Hector in 2019, followed by a series of other products. Currently, the Hector is available in its facelift avatar along with the Hector Plus, which is a three-row iteration of the SUV. However, new spy images of the Hector facelift have surfaced on the internet. In new pictures shared by Car Blog India, the Hector can be seen without any camo whatsoever. Also, this particular example seems to be based on the Wuling Almaz RS that is on sale in foreign markets.

In case you aren’t aware, MG’s parent company SAIC sells the Hector in various markets with different names - Chevrolet Captiva, Wuling Almaz, and Baojun 530. Well, the model snapped this time is the Wuling Almaz RS, which thankfully has the MG badge on both ends. 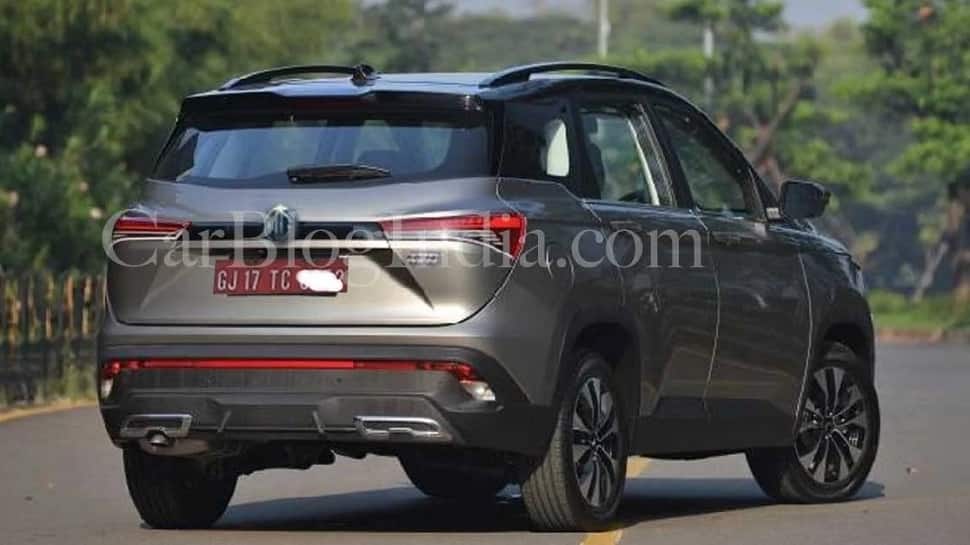 Styling-wise, it looks largely similar to the Hector, save for a few changes, like the new front radiator grille, revised headlamp clusters, and red highlight on the front bumper. From the side and rear profiles, it looks identical to the outgoing model. Therefore, it won’t be incorrect to assume that MG might also be looking at launching a spicier Hector RS in our market. Although, mechanical would remain the same. Also, the updated version will come with ADAS tech on board.

Currently, the SUV is sold with two powertrain options - a 1.5L turbo-petrol and a 2.0L oil burner. While the former of the two puts out 143 PS of peak and 250 Nm of max torque, the latter develops 170 PS against 350 Nm. A speed MT is standard across the range, but the petrol variant can be had with a CVT as well. Talking of pricing, the Hector starts from Rs 14.15 lakh and tops out at Rs 20.11 lakh, ex-showroom.