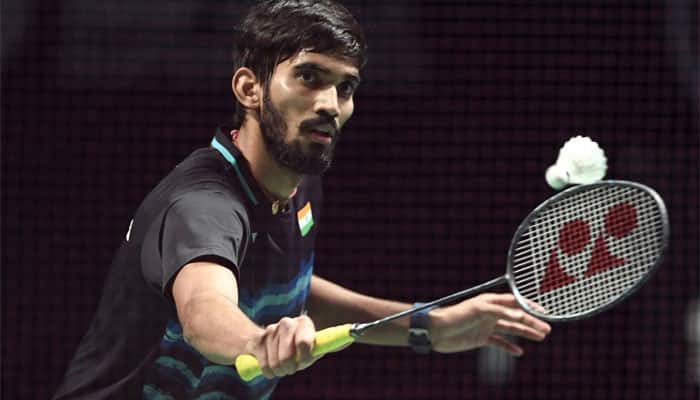 Srikanth is now just one spot away from matching his career-best ranking of third, which he attained in 2015.

In the women's singles, PV Sindhu continues to be at No.2 spot, while Saina Nehwal gained one place. She is now ranked 11th. Tai Tzu Ying of Taiwan is the top-ranked player.

But Sindhu failed to cross the first hurdle in the tournament.