After a fallout with Singapore authorities, she adopted US nationality in 2013 and has been playing for that country in the international circuit ever since. 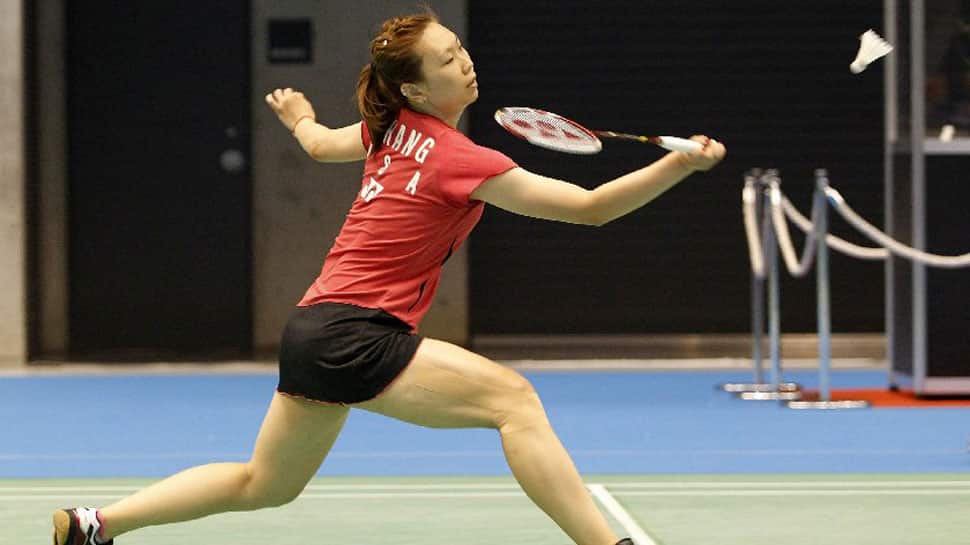 "I can't afford my coach travelling with me," says India Open defending champion Zhang Beiwen, who had to switch her nationality twice to pursue her badminton dreams. Zhang originally hails from Liaoning, China but changed nationality to become a Singaporean at the age of 13 and went on to win a team bronze at the 2009 Southeast Asian Games.

After a fallout with Singapore authorities, she adopted US nationality in 2013 and has been playing for that country in the international circuit ever since.

However, she said she has not got any help from the US national badminton federation and has to rely on self-funding and prize money from competitions.

"I have just one sponsor from Hong Kong who pays for my coach's salary," said Zhang who is currently ranked 12 in the world. She was in the top-10 last year.

The 28-year-old, who had to crowd-fund her trip to the World Championship last year, said she does not get enough training in the US where badminton is not a big sport.

"The best choice for me is training in Singapore but sometimes I am out of choice. I don't get time to train much, maybe I train for one and a half hours every day when I am in Singapore and sometimes even less."

Though there was a considerable number of shuttlers from the US participating at the India Open, she still does not have anyone who can provide her with a recording of her matches.

"We are from different cities, we don't train together. That is why. But as a US professional, it is good for me, it is like you can do whatever you want as long as you push yourself hard," she said.

Despite all the constraints, Zhang has done reasonably well last year by winning the India Open, which is a World Tour Super 500 event, reaching the finals at the Korea Open and US Open. She also qualified for the World Tour Finals.

This year, however, Zhang had to deal with a viral infection which affected her performance.

"I have been on tour since December and actually was very sick before the German Open. I had a virus infection and was coughing really hard. After the German Open, I was ill again, so I have lost a lot of weight," she said.

So what is her expectation from the tournament?

"Last year I was in the same situation. When I came to this tournament, I didn't expect much from myself. I don't think I can go to the final and defend the title as the women's singles are so competitive," Zhang signed off.