Sindhu had earlier swept aside Hong Kong's Deng Joy Xuan 21-11, 21-13 to storm into the quarter-final of the women's singles event. 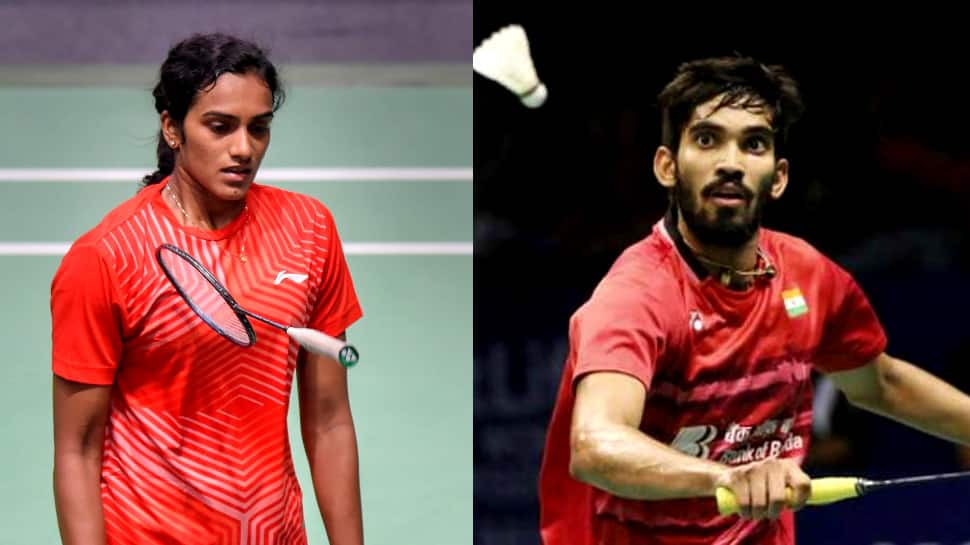 Rio Olympic silver-medallist PV Sindhu will look to book her place in the semi-final of the Indian Open when she squares off with eight-seed Mia Blichfeldt of Denmark in the last-eight clash of the tournament on Friday.

Sindhu, the winner of the 2017 edition of the tournament, had earlier hardly broken a sweat to sweep aside Hong Kong's Deng Joy Xuan 21-11, 21-13 in a one-sided pre-quarterfinal clash of the women's singles event that lasted 32 minutes.

The 23-year-old Indian will now face Barcelona Masters winner Blichfeldt, who stormed into the quarter-final with a 21-8, 17-21, 21-13 triumph over rising star Riya Mookerjee.

In the men's singles event, HS Prannoy will lock horns with second-seed Viktor Axelsen of Denmark, while third-seed Kidambi Srikanth will meet fellow countryman B. Sai Praneeth for a place in the last-four.

Prannoy, who is still recovering from a stomach problem that marred his last season, had earlier seen off a stiff challenge from second-ranked Danish star Jan Jorgensen 21-19, 20-22, 21-17 to enter the quarterfinal.

Elsewhere, the Indian pair of Manu Attri and B. Sumeeth Reddy will take on compatriot Pranaav Jerry Chopra and Shivam Sharma in the quarter-final of the men's doubles event.

Parupalli Kashyap opens the door for coaching role in future