Srikanth won Indonesia Open and Australian Open titles besides reaching the final of the Singapore Open earlier this year. 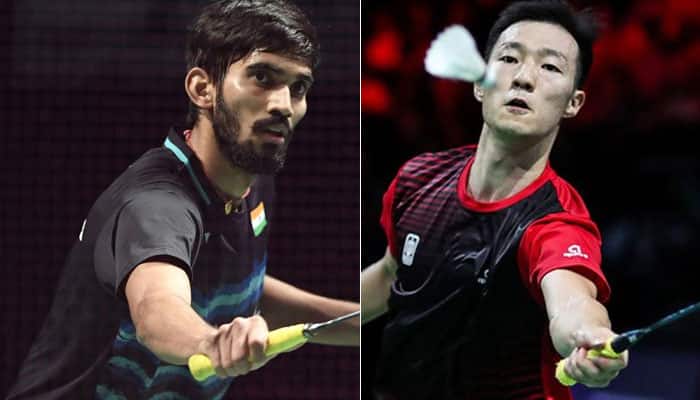 New Delhi: Ace Indian shuttler Kidambi Srikanth stands a chance to win his third Super Series Premier title of the year when he takes on South Korean legend Lee Hyun Il in the men's singles final of Denmark Open 2017 at Odense on Sunday.

Already hailed as one of the future legends of the game, the 24-year-old defeated Hong Kong’s Wong Wing Ki Vincent in straight games 21-18 21-17 to book his fourth Super Series Premier final of 2017.

He had previously won Indonesia Open and Australian Open titles besides reaching the final of the Singapore Open. The shuttler from Guntur is playing his best badminton and can add another major title today.

His opponent, however, is making one of the many comebacks at the age of 37. He was once hailed as the challenger to break the Lin Dan-Lee Chong Wei duopoly but never managed to produce the goods when the calling came. He, however, is known for helping the Korean national side win the team tournaments. Lee Hyun Il has been a member of the Korean national side since he was a 15-year-old boy.

Here's everything you need to know about the final match:

Head to head: This will be their first meeting.