Bengaluru Raptors will next lock horns with Mumbai Rockets on January 8. 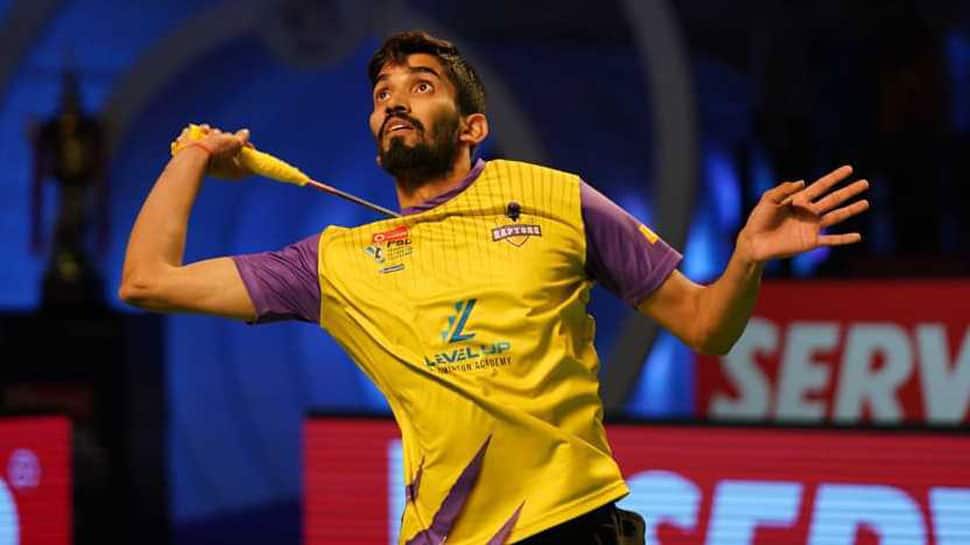 Kidambi Srikanth and B Sai Praneeth combined to take the Bengaluru Raptors to a 4-3 win over the Saina Nehwal-led North Eastern Warriors at the Premier Badminton League Season 4 on Saturday.

Saina's scintillating performance in her trump match could not make much of a difference to her team's fortunes as the Warriors slumped to their second consecutive defeat.

Bengaluru skipper Srikanth took the court against Tanongsak Saensomboonsuk of the North Eastern franchise. The two are tied 2-2 in their head-to-head record on the international circuit and the Thai had even won their last encounter.

But that mattered little as Srikanth was on song throughout this match, notching up a 15-11, 15-12 win -- his fourth win in as many matches this season.

Breaking away from 6-6, the former World No. 1 did not face any more resistance from Tanongsak in the opener, except for the last few points.

An attacking Srikanth then wrested the momentum from Tanongsak, who was leading 8-7, to wrap up the match.

Saina's smashes and her confidence did much of the talking in her Trump encounter against Bengaluru's World No. 59 Vu Thi Trang, whom she had never met before.

Having lost her first match of the season to PV Sindhu, the Commonwealth Games champion was indeed determined to make a statement, which she did with consummate ease.

After Saina kept her team in contention with the win, Sai Praneeth dashed whatever little hopes the Warriors had by beating Tian Houwei to complete the victory for Bengaluru.

The former Singapore Open champion regrouped after losing the close first game. In the second game, he raced ahead to 12-5, refusing to give his opponent an inch of space.

Earlier in the day, Bengaluru's former world champion pair of Mohammad Ahsan and Hendra Setiawan bounced back from a defeat in their last match to grind out a 15-14, 15-11 Trump win over the Warriors' Liao Min Chun and Yoo Yeon Seong.

The Indonesians, who have been ranked No. 1 in the world, had to stave off a spirited challenge from the Warriors pair to take the opening game on a golden point.

In the second game, the lead stayed with Chun and Seong till 10-9 after which the complexion of the match changed and the Trump pair earned with the win.

Bengaluru Raptors will next lock horns with Mumbai Rockets on January 8.