Meanwhile, Ajay Jayaram, HS Prannoy, B. Sai Praneeth and Lakshya Sen have all knocked out of the tournament after going down in their respective second rounds. 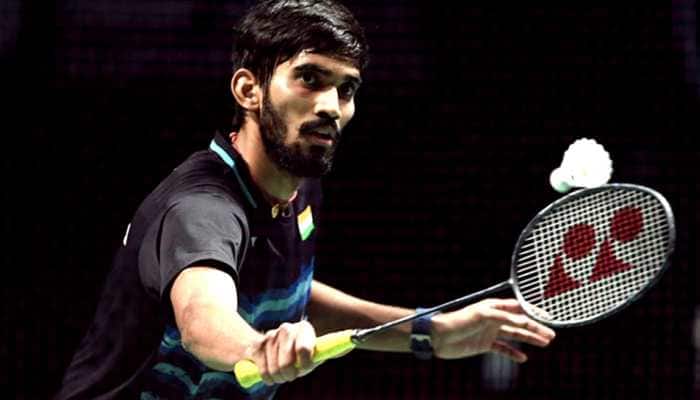 Ace Indian shuttlers Kidambi Srikanth and Sourabh Verma on Thursday booked their place in the quarter-finals of the ongoing Syed Modi International Championship after winning their respective second-round clashes of the men's singles event in Lucknow.

After going down in the opening game, third-seeded Srikanth rebounded strongly against his fellow countryman Parupalli Kashyap to register an 18-21, 22-20, 21-16 win a thrilling pre-quarterfinal clash that lasted one hour and seven minutes.

With the win, Srikanth has now set up a clash against Son Wan Ho of Korea for a place in the semi-final of the tournament. Meanwhile, Kashyap--who got a walkover into the second round after France's Lucas Corvee withdrew from the opening clash, has bowed out of the event.

Sourabh, on the other hand, hardly broke a sweat as he eased past fellow compatriot Alap Mishra 21-11, 21-18 in another second-round match of the men's singles event that lasted just 28 minutes.

Sourabh will now look to book his place in the last-four when he squares off with Kunlavut Vitidsarn of Thailand in the quarter-final clash.

Meanwhile, Ajay Jayaram, HS Prannoy, B. Sai Praneeth and Lakshya Sen have all knocked out of the tournament after going down in their respective second rounds.

Jayaram slumped to an 18-21, 21-14, 28-30 defeat at the hands of Zhao Jun Peng of China, while Praneeth suffered a crushing 11-21, 17-21 loss against Thailand's Kunlavut Vitidsarn in the second-round clash to crash out of the tournament.

Prannoy, on the other hand, failed to capitalize on his good start and slumped to a 21-14, 10-21, 14-21 defeat against eighth-seed Wang Tzu Wei of Chinese Taipei in a clash that lasted a little less than an hour.

18-year-old Lakshya Sen, who clinched the Scottish Open title earlier this week, too did not manage to continue his form and suffered a 14-21, 17-21 defeat against Son Wan Ho of Korea to knock out of the tournament.