Earlier, Ajay Jayaram, HS Prannoy, B. Sai Praneeth and Lakshya Sen had all knocked out of the tournament after going down in their respective second rounds. 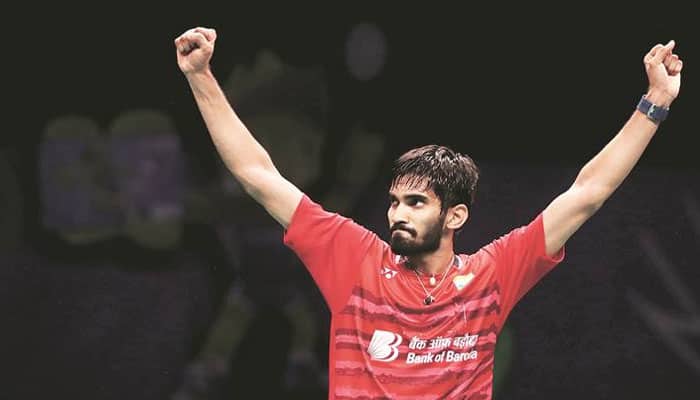 Ace Indian shuttlers Kidambi Srikanth and Sourabh Verma will look to book their places in the semi-final of the ongoing Syed Modi International Badminton Championships when they play their respective last-eight clashes of the men's singles event in Lucknow on Friday.

While Srikanth will lock horns with seventh-seed Son Wan Ho of Korea, Sourabh will square off with Kunlavut Vitidsarn of Thailand in the quarter-final clash.

On Friday, third-seeded Srikanth rebounded strongly from the game down against his fellow countryman Parupalli Kashyap to register an 18-21, 22-20, 21-16 win a thrilling pre-quarterfinal clash that lasted one hour and seven minutes and storm into the last-eight.

Sourabh, on the other hand, hardly broke a sweat as he eased past fellow compatriot Alap Mishra 21-11, 21-18 in another second-round match of the men's singles event that lasted just 28 minutes.

Elsewhere, India's Simran Singhi and Ritika Thaker will face the Germany duo of Linda Efler and Isabel Herttrich in the last-eight clash of the women's doubles event.

Meanwhile, Shruti Mundada--the other Indian in the fray--will take on fellow compatriot Rituparna Das for a place in the semi-final of the ongoing badminton tournamemnt.

Earlier, Ajay Jayaram, HS Prannoy, B. Sai Praneeth and Lakshya Sen had all knocked out of the tournament after going down in their respective second rounds.