The fire has been brought under control now. 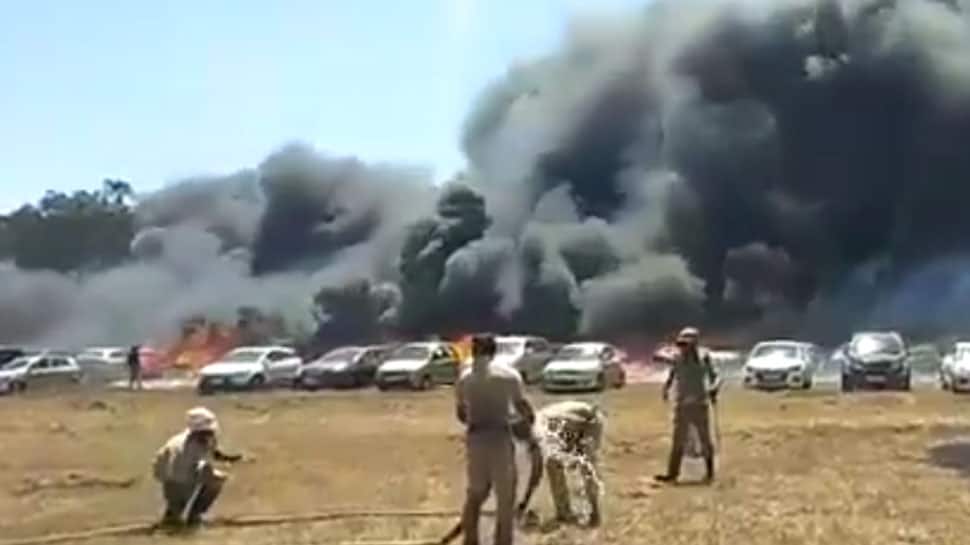 BENGALURU: A massive fire broke out in the parking area of Yelahanka Air Base during the ongoing Aero India show in Bengaluru on Saturday. At least 300 vehicles were gutted in the blaze, said Air Force Police and Central Industrial Security Force (CISF) present at the spot.

Six Air Force fire brigade rushed to the site to douse the blaze and aid rescue efforts. There were no casualties or injuries in the incident.

The fire has now been brought under control. 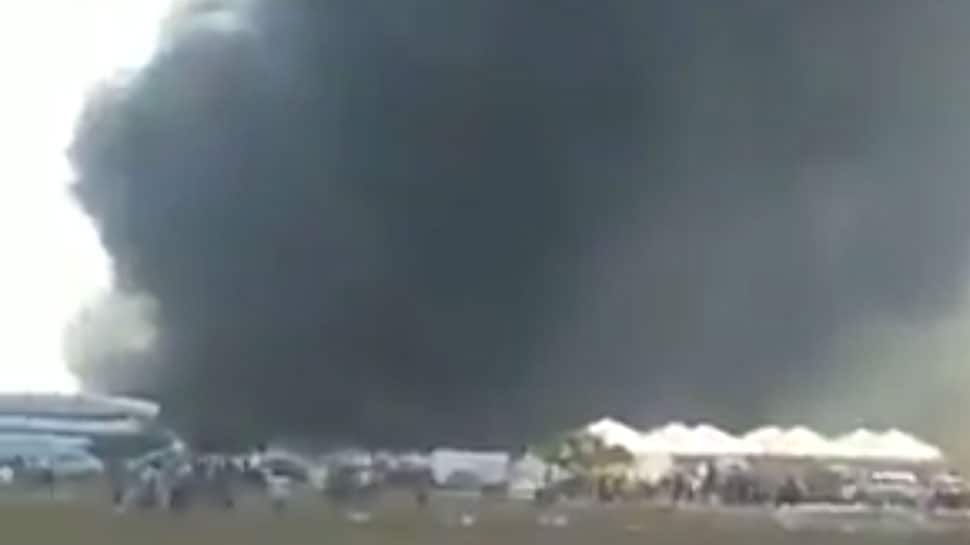 The blaze broke out at Gate 5 of Aero India around 1 pm. It quickly spread due to dry grass on the ground and set vehicles in the adjoining parking lot ablaze. A fuel tank also exploded during the fire. 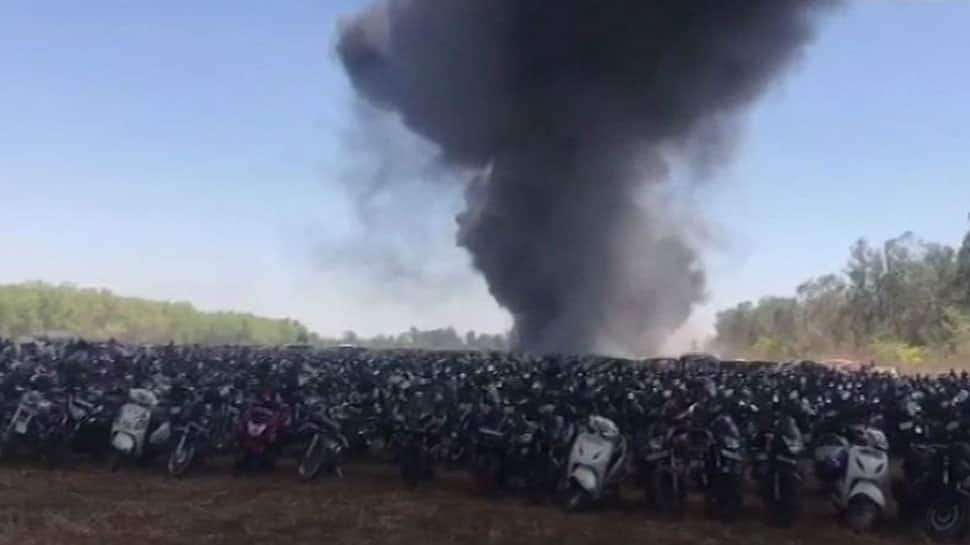 Immediately after the fire broke out, the ongoing air show was stopped. After some time, authorities asked the general public to move back towards the show area.

The cause of the fire is yet to be ascertained. 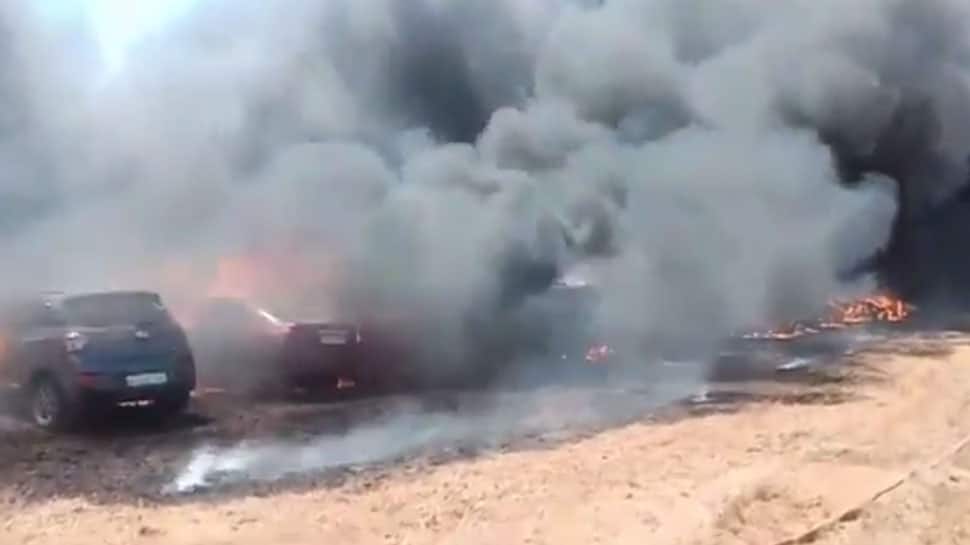 Billows of thick black smoke were seen engulfing the parking lot during the incident.

This comes within a week of the fatal mid-air collision at a practice session of Aero India show that claimed the life of Wing Commander Sahil Gandhi.

Wing Commander Gandhi died after sustaining fatal injuries after two aircraft of IAF's aerobatic team Surya Kiran crashed mid-air on February 19. Two other aircrew members – Wing Commander VT Shelke and Squadron Leader TJ Singh – suffered injuries after being ejected from the aircraft. The crash occurred around noon on the outskirts of the airbase in the northern part of the city in an open field close to a residential area. The twin aircraft were Hawk advanced jet trainers and part of the nine-aircraft Surya Kiran Aerobatic Team (SKAT) which displays daredevil feats and breath-taking formations in the air.

Earlier on Saturday, the Surya Kiran aerobatic took to the skies and flew a diamond formation, leaving Wing Commander Sahil Gandhi’s place vacant as a tribute to him.