The song from the film 'Satya' has become the favourite chartbusters of Bhojpuri cinema lovers. 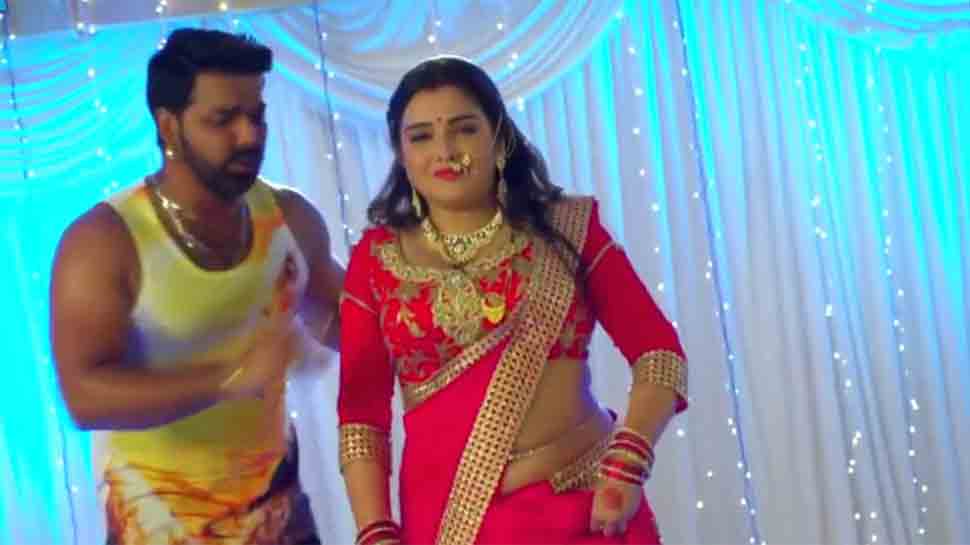 New Delhi: Pawan Singh is not called a power star for no reason. The Bhojpuri superstar and Amrapali Dubey's song 'Raate Diya Butake' has created history on YouTube. The peppy song from the film 'Satya' has garnered over 30 crore views on the video sharing site. It has thus become the first Bhojpuri song to achieve the feat.

In case you missed watching the super-hit track, check it out here:

The song from Sujeet Kumar Singh's directorial 'Satya' is a special track which sees Amrapali making a cameo. The blockbuster film starred Akshara Singh as the leading lady.

For the unversed, Amrapali is popularly called 'Queen of YouTube' because her songs and films garner massive views on the video-sharing site. Pawan Singh, on the other hand, is lovingly called 'Power Star'.

The two power-packed performers have teamed up for a film titled 'Sher Singh'. The film has gone on floors and is currently under production. It will be released this year.