Made under the banner of Nahar Entertainment and YK Films, it is produced by Abhay Shah and Rahul Sahni. 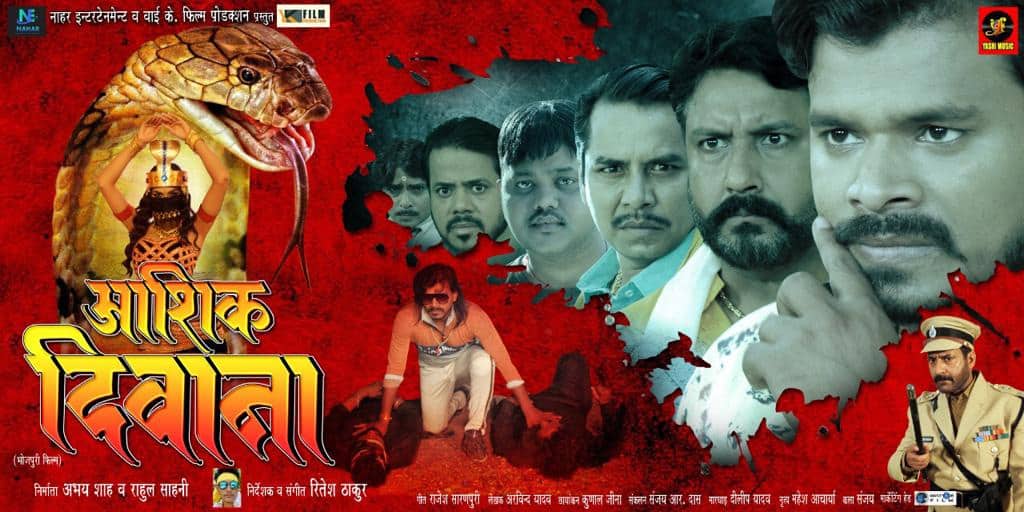 New Delhi: Bhojpuri stars Pramod Premi and Kriti Pathak's upcoming drama 'Aashiq Deewana' is high on the buzz word. The makers have unveiled the trailer and it is full of action and emotion as well. It will surely be loved by the audiences.

Actor Amit Shukla plays the villain in the movie and his power-packed performance will leave you stunned. In the trailer, there are a few sequences where the serpent angle (Nag-Nagin) has been explored as well. It gives a clear hint that the storyline is somewhere linked to the concept of serpents which surely interests the viewers.

Made under the banner of Nahar Entertainment and YK Films, it is produced by Abhay Shah and Rahul Sahni. The movie is directed by Ritesh Thakur, who has also multi-tasked as a music composer and written the storyline.

While talking about the film, Ritesh Thakur said that he had been working on the script of this movie for a long time. It took him a while because all the scenes have a lot of variations and it was quite challenging to helm a project like this.

He further said, "Talking about this film, it is different from all of my previous works concerning the serpent storyline. Each and every scene of this movie will draw people towards it. In fact, the music of this film will also be loved by the audiences."

The trailer of the movie has been launched on YouTube by Yashi Films. It is a big hit on all social media platforms where people have given it a big thumbs up.