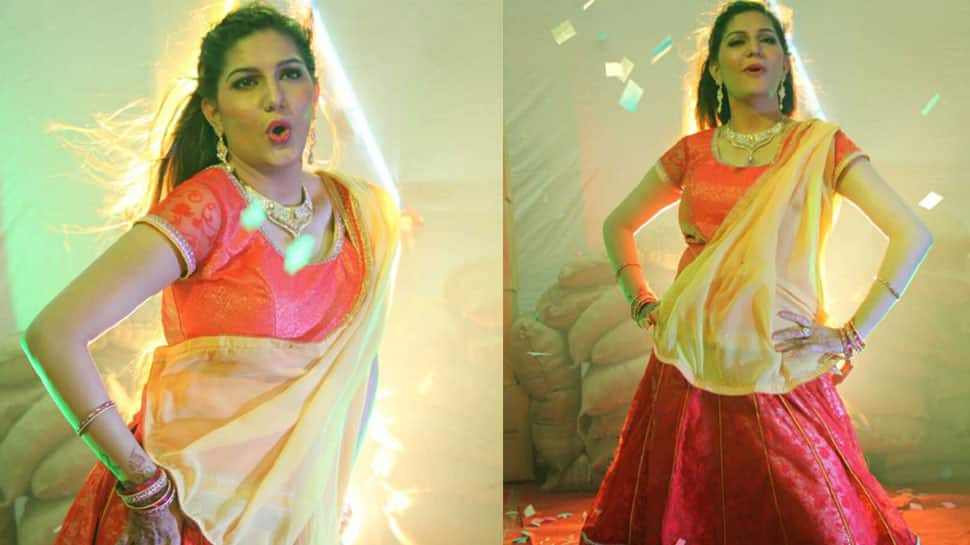 New Delhi: Popular Haryanvi singer-dancer Sapna Chaudhary is known for her energetic dance moves on stage. The pretty-looking Sapna has become an internet sensation—all thanks to her superhit tracks. She enjoys an ocean of fan base who not only like to listen to her songs and groove to it but also watch it multiple times on YouTube.

A video has gone viral on the internet where Sapna can be heard singing a superhit Bhojpuri song by Khesari Lal Yadav titled 'Thik Hai'. She sang it during a live stage show. It has been shared on YouTube.

Khesari released 'Thik Hai' song from the album 'Premika Mil Gail' and it has gone viral on social media. The song has been widely appreciated by the audiences, so much so that fans have even recreated it in funny dubsmash videos.

Sapna was last seen in reality show 'Bigg Boss 11' as a contestant. She made her Bollywood debut with an item number Hatt Ja Tau in Veerey Ki Wedding and has featured in 'Tere Thumke Sapna Choudhary' from Abhay Deol starrer Nanu Ki Janu and a song titled Love Bite.