Flood-like situation in parts of Bihar, UP as river water levels rise

Several parts of Bihar and Uttar Pradesh witnessed a flood-like situation due to overflowing rivers caused by incessant rainfall. 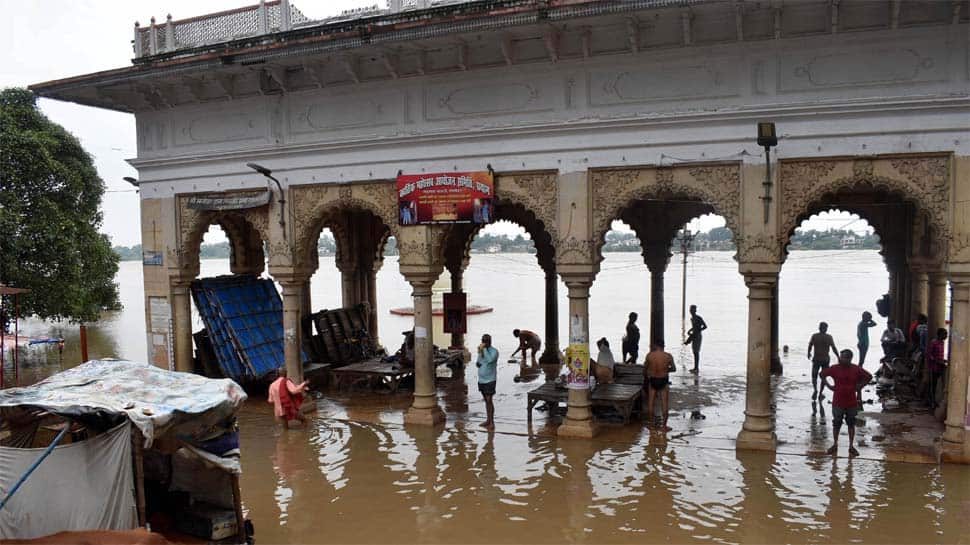 Flood affected family goes in a relief camp after submerged houses in the flooded water of river Ganga in Prayagraj. (ANI Photo)
Share:
Written By:

Several parts of Bihar and Uttar Pradesh witnessed a flood-like situation due to overflowing rivers caused by incessant rainfall.

At least three persons died and six others – including a woman and a child – were injured due to electrocution in Kaimur district's Sonhan, Chainpur and Chand. The injured have been admitted to Sadar Hospital in Bhabhua.

Low lying areas in UP's Varanasi were also flooded due to rise in the water level of River Ganga.

"Water level is increasing continuously and approaching the danger mark. Many ghats have been submerged in water. We are facing problems," local resident told news agency ANI.

In UP's Prayagraj, residents in low lying areas were forced to evacuate after water level of Ganga and Yamuna rivers swelled to dangerous proportions.

"This is a low-lying area and every two years there is a flooding situation here. The administration never cares about us and we bear the situation by ourselves," a local, Mohammad Ahmed Khan said.

"The water is rising every hour here. In 2013 and 2016 there were floods here. After that the government had given us an assurance that the situation will not be repeated but nothing has changed here," he added.

"When Yamuna water rises, the water seeps into area. We have vacated the low-lying areas and moved to safer places," Azhar Rizvi another local said.