After 2019 Lok Sabha elections, the kingmakers are likely to be from the south

If the NDA comes short of the halfway mark, it may have to place all bets south of the Vindhyas. 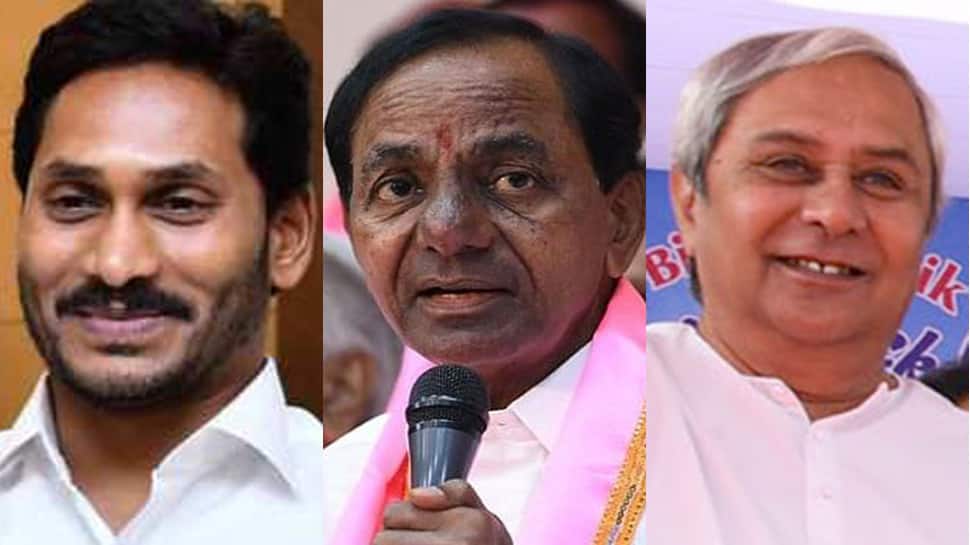 I am cynical/practical/experienced enough to know that pre-election opinion polls can go quite wrong for at least three reasons. Voters may not truly reveal their minds and/or change their minds close to polling day. The sampling methodology may go wrong or converting vote shares based on sample surveys into seats can get tricky. Last but not the least, media organisations carrying out opinion poll results in league with pollster organisations can add a bit of spice to suit their own priorities.

After discounting for all this, I do believe that in the general elections that are now underway, Prime Minister Narendra Modi's Bharatiya Janata Party (BJP) has reached a point where it will certainly not get a majority of its own like it did in 2014, and may also not be entirely home even with its National Democratic Alliance (NDA) partners.

One TV news channel that is visibly, loudly and consistently supportive of the BJP sees the NDA tally at 279, just four ahead of the half-way mark. An average of all opinion polls this week gives the NDA 277 seats in the Lok Sabha.

There are as many as 167 "marginal" seats where close contests will decide winners in the 543-member Lok Sabha.

It is time to ask some what-if questions. My guess is that in a scenario where the NDA is short of a clear majority, three leaders from the south will become important: Naveen Patnaik of the Biju Janata Dal from Odisha, Kalvakuntla Chandrashekhar Rao of the Telangana Rashtra Samithi and YS Jagan Mohan Reddy from the YSR Congress in Andhra Pradesh.

(If the Tropic of Cancer is seen as the dividing line between northern and southern India, Odisha, which is to the southeast, certainly falls in the south. It is also definitely south of the Vindhya mountain range, the traditional threshold to separate the south from the north.)

KCR, as the Telangana Chief Minister is called, is officially part of the 'Mahagatbandhan' (grand alliance) against Modi and will be needed by the BJP only if there is a significant late swing against it. With Telangana still in its honeymoon phase after he led a decades-old movement to carve the state out of the undivided Andhra Pradesh, he is perhaps the strongest ruling CM in India today, not counting Pawan Chamling of Sikkim. KCR's pro-farmer programmes are considered a role model for the rest of India.

Patnaik has been maintaining a studied equidistance from the BJP and the Congress and has had a phenomenal run in his state, having won four terms in a row to be the Odisha Chief Minister since the year 2000. His development efforts are part of the national folklore.

Jagan Reddy, only 46 years old, is yet to taste power, but is seen as the front-runner in an anti-incumbency mood against Andhra CM N Chandrababu Naidu's Telugu Desam Party (TDP). He announced last week he had no ill-will against the Congress, from which his party broke off, even as he maintains that he favours anyone who grants special status to Andhra under an arrangement made when Telangana was carved out.

Jagan is perhaps the easiest for the BJP to woo since Naidu is already on the side of the anti-Modi alliance. KCR can be wooed in a desperate scenario. But Patnaik may be a harder nut to crack. It all depends on the exact break-up of the Lok Sabha that gets formed in the summer heat. Watch out in the coming days nice things to be said about these three gentlemen. They may be kingmakers, and they may even edge close to each other where the eventual verdict swings away from the current predictions.