India has been in a state of dejection and self-denial over Kashmir since Independence. 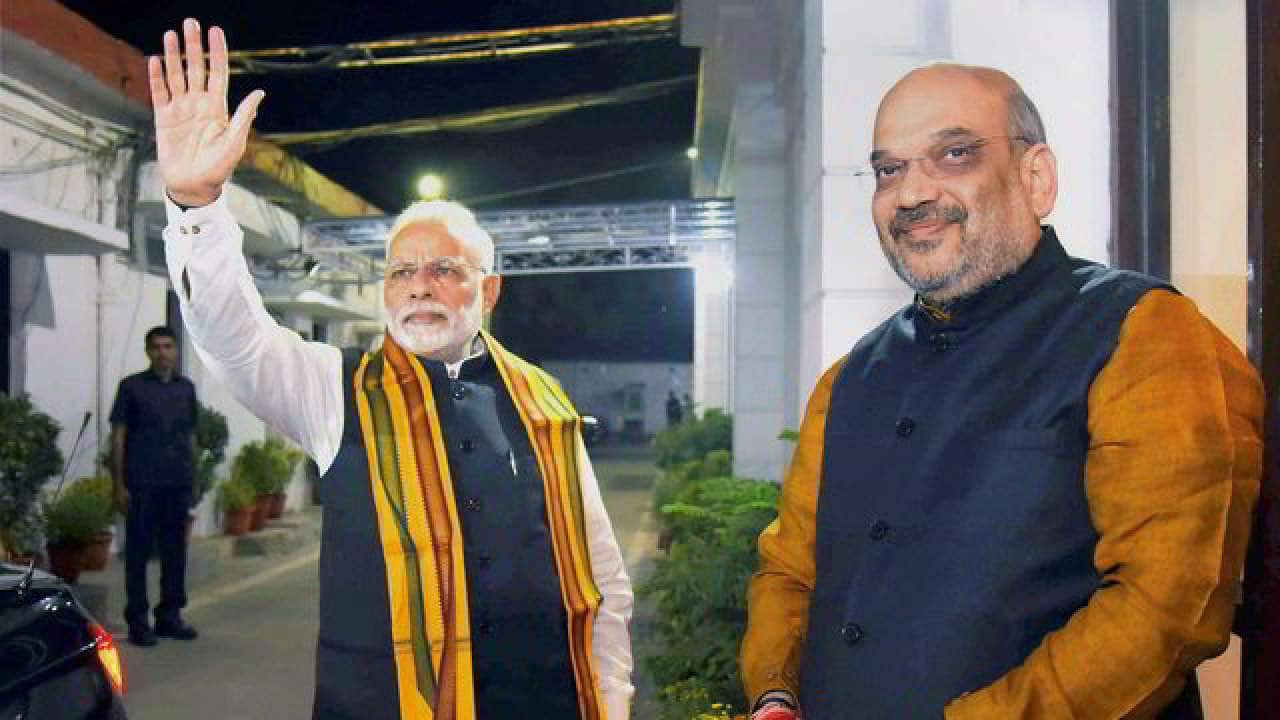 The failure to integrate Kashmir into India in 1947 represented a dangerous weakness and division at the beginning of the post-independence Indian state. India became a nation built on compromise, delay, hesitation and guilt - an excess of pity or misplaced compassion. It put a question mark over India's unity and ability to defend its borders.

This Kashmir compromise became the basis for every sort of separatist movement and special status demanded for each group. The inability to resolve Kashmir gave justification to the division of the country by religion, region or caste and their accompanying vote banks that India's politicians would cater to for electoral gain.

In 1947, we could say, India's Arjuna spirit failed to arise and meet the challenge of the modern age and fell into dejection and self-denial, not seeking victory. This was not a fault of the army but of political and diplomatic constraints. The standoff in Kashmir became linked to the Nehruvian intelligentsia's denial of India's greater identity as Bharat, which views became progressively Marxist and aligned with the radical Left, not with India's dharmic heritage. Sympathy for Kashmir and an excusing of Kashmir separatists became embedded in India's academy and the media.

The Indian government provided security and money to separatist Kashmiri leaders to keep them assuaged. Kashmiris were given the rights to own property and conduct businesses throughout India, which they have done to their benefit, while other Indians could only come to Kashmir as tourists. In other words Kashmiris have had the full rights of citizenship throughout India, but Indians outside of Kashmir have had no comparable rights in Kashmir.

Increasing danger over the decades

Allowing the Kashmir issue to go unresolved for decades only increased the violence, division and outside interference, and Kashmir became the basis for Pakistan's ongoing proxy war with India. Yet going beyond its subterfuge in Kashmir, Pakistan eventually became the epicentre of global terrorism, for which Indian Kashmir was the nearest point of attack.

Even the great victory of India in the 1971 Bangladesh War under Indira Gandhi and the partition of Pakistan did not lead to the reintegration of Kashmir but only maintaining the older status quo. Certainly, if Pakistan had won any war with India, it would certainly have taken all of Kashmir immediately with no qualms or excuses.

In 1989/90, violent separatists drove the Kashmir Pandits out of Kashmir in what can only be called a massive ethnic cleansing, killing many of their leaders. Yet, then Prime Minister VP Singh, did not change the status of Kashmir either, trying to downplay or ignore the event, which even today the media seldom acknowledges.

Such displays of hesitation and compromise by the Indian state, did not ameliorate the problem, but made it worse, like an ongoing festering wound that infects the body as a whole, with the continuing attacks on the border and Line of Control by the Pakistan to Army cover the infiltration of trained terrorists into Kashmir.

2019 - A great and sudden transformation

The enduring negative consequences of India's Kashmir policy since 1947 is why 2019 and the end of Kashmir's special status and autonomy is so important.

India's new Kashmir policy represents the spirit of Arjuna arising in the people of India, its political parties, and above all in its national identity and resolve. It is an end to a false pity and a recognition that a compromised state cannot be successful, strong or gain respect.

So far, the resistance from foreign governments has been surprisingly little. Countries as diverse as the USA, Russia and UAE have accepted India's rights over Kashmir as an internal affair. China is concerned about Ladakh but ambivalent about Pakistan. Pakistan has failed to gain any significant diplomatic support for its anti-India views.

India's new Kashmir policy radically changes the perception of India on the global stage from a country that was perpetually hesitant and wavering to one that is decisive and united and does not tolerate the forces of disintegration. The reintegration of Kashmir throws the other divisive movements in the country and their political, media and academic supporters into dismay and disarray.

The national popularity of the move was far beyond anyone's expectations. The strategic planning of PM Narendra Modi and Home Minister Amit Shah was brilliant, skilful and outwitted everyone.

India is no longer a weak and apologetic state that can be bullied by forces outside or inside the country. India is a strong unified nation that does not have to answer to anyone but to its own civilizational destiny. India's rashtra dharma has returned, which is its true and full independence.

Imran Khan, the Prime Minister of Pakistan, totally unprepared for the event, can only complain and try to gain coverage with anti-India media sources, while being questioned in his own country for his lack of foresight.

Meanwhile the Congress Party, reflecting the failed policy in Kashmir it began in 1947, has opposed the new Kashmir policy, echoing the views of Pakistan, though some of its leaders like Jyotiraditya Scindia have supported the BJP on this issue, questioning the party's judgment.

The overwhelming success of the new policy in both Lok Sabha and Rajya Sabha with landslide votes in their favour indicates the sea change in India's politics.

Truly it is a new India and a new Kashmir together. There is no going back.