Surgical Strike 2.0 is a military action wrapped in a diplomatic grip. 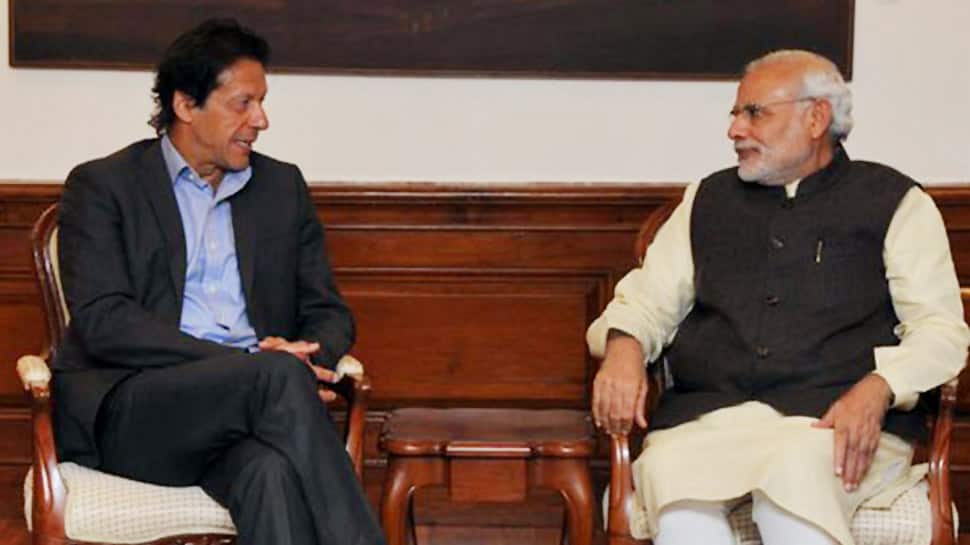 Having played cricket for long, Pakistan Prime Minister Imran Khan knows that a delivery is called out for a no-ball only when he crosses the crease at the bowler's end in a certain manner as per the rules of the game. The 'Surgical Strike 2.0' launched in the early hours of this Tuesday are such that an international umpire cannot easily raise his hand horizontally and cry out a 'No', because the territory into which a dozen Indian Air Force Mirage 2000 fighter jets flew into is arguably blessed by international diplomatic procedures.

The strike on Balakot in Khyber Pakhtunkhwa in Pakistani territory is controversial no doubt, but it appears that India has a case for hot-pursuit as an extension of its defence of Kashmir, including the portion that India describes as Pakistan-occupied Kashmir (PoK).

The details of PoK are often not discussed because most of the attention is usually on the Indian side, thanks to terror attacks and political turmoil. Last week, when Khan went on his country's national television to ask for proof after the Pulwama attack that killed dozens of Central Reserve Police Force soldiers and assert that his nation would retaliate if India attacked Pakistan, he was bowling what in his own paceman's terminology would qualify as an in-swinger from outside the off stump.

Islamabad has long played on the fact that Jammu and Kashmir is a disputed territory to score diplomatic points, and India has traditionally been low-key because it has never felt the need to prove anything by raising that point. What is often lost in this strange mix of noise and studied silence is that the Pakistani side of Kashmir is as disputed by India as the Indian side of the LoC (Line of Control) is challenged by Pakistan.

Now, what happens when - as it did in Pulwama - a Kashmiri youth launches a suicide bomb attack with a big pile of deadly RDX? We all know that without the support of explicitly Pakistan-based Jaish-e-Mohammed, he could not have brought in that kind of ammunition. We know that such support in terms of logistics and resources cannot be marshalled without institutional support from a body like the Pakistan Army or its Inter-Services Intelligence (ISI).

Yet, given the fact that it was a Kashmiri who fronted the attack, in diplomatic terms, Islamabad would use that card to claim in international forums that the attack was part of an autonomous struggle of Kashmiris for self-determination (conveniently forgetting that such a logic can also apply to Balochistan in Pakistan). Pakistan's ISI-backed attacks typically come from outside India but move in through the disputed territory - making it a diplomatic in-swinger, as it were.

What has happened this Tuesday is an Indian googly to counter Imran's in-swinger. JeM has been operating out of Bahawalpur in Pakistani Punjab - in a proven manner. If India crosses through to Balakot past the LoC in Khyber Pakhtunkhwa on the follow-through from PoK, as it has, you could say the response is symmetrical. Also, it is pertinent to remember that US Navy Seals attacked Abbottabad well inside Pakistan to kill Osama Bin Laden of al Qaeda. There is therefore not much that Washington can say or do as India can always cite that as a precedent.

There is no doubt that this week's action is pre-emptive, visible, more daring and more open than the 'Surgical Strike 1.0' that took place after the Uri attack in 2016. In diplomatic terms, this means that just like the Pulwama attack, this is happening broadly as an extension of a disputed region in addition to the fact that it is dealing with terrorism and not a conventional army attack.

There is a shrewd move by Prime Minister Narendra Modi's government in this. You could call it a calculated risk. However, statements from President Donald Trump and support from 48 countries including Germany have clearly signalled support for India to defend its territory and strike against terror.

While glib parallels may be drawn between Israeli attacks on Palestinian territory and India's surgical strikes, it is important to understand that in India's case, there is a much higher legitimacy in international diplomatic terms. It is not surprising therefore that BJP parliamentarian Subramanian Swamy has been quick to claim that "we bombed our own territory."

Ordinary Indians do not know some facts on Kashmir, such as how India "returned" to Pakistan the Haji Pir Pass after their war over the region in 1965. The return is a controversial one for obvious reasons as India's soldiers had captured the pass after a valiant battle to check one of the vital hubs of militant infiltration into Indian territory. Under talks held between Pakistani leaders and then Prime Minister Lal Bahadur Shastri in January 1966 at Tashkent (just before his sudden and mysterious death), India returned the Haji Pir pass to Pakistan for what military analysts say is a strategic reason, to make the Jammu region safer.

The decision remains controversial as India did not take the pass again in 1971, but the give-and-take pursued by India then gives it a diplomatic lever to show how it did not shy away from talks, except under the shadow of terror.

Events in the 1980s and 1990s, when the territorial war between two armies became restated as a proxy war by Pakistan under military dictator Zia ul-Haq, have totally changed the complexion of the relations between two countries as conventional diplomacy as well as conventional war have less meaning where "non-state" actors like Jaish-e-Mohammed and their movement across the porous LoC are involved.

For India, the military googly bowled on Tuesday remains a calculated risk as Imran Khan is unlikely to take it silently. But this much can be said: in international law and convention, India has a stronger case than some critics think.