All this praise for Godse represents a force within his own ranks that threatens everything he wants to do. 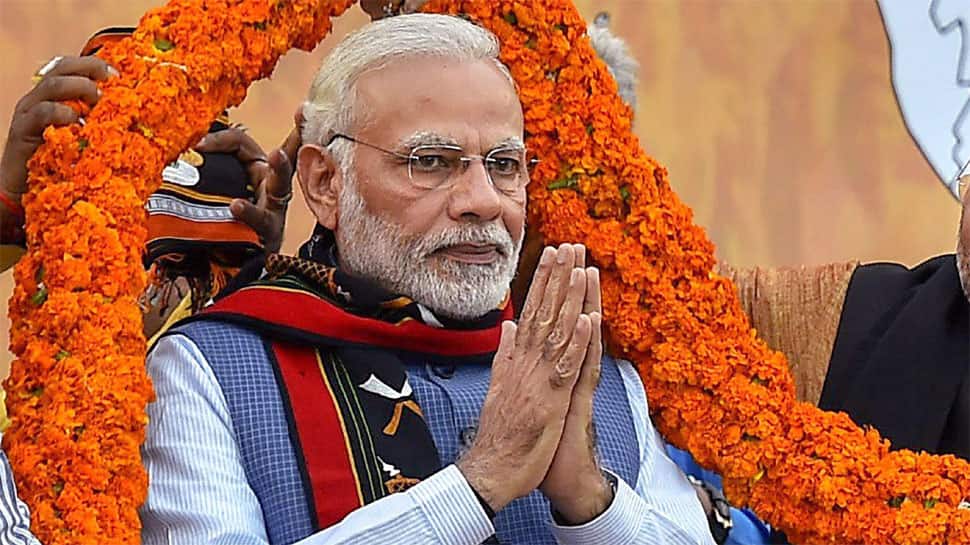 As exit polls show Prime Minister Narendra Modi's BJP-led NDA coming back to power in New Delhi with a comfortable majority in the new Lok Sabha, there should be much cause for celebration in the party if the final results match the predictions. But then, solid leadership often involves looking beyond the obvious. I had argued last week that whoever comes to power this year will have a tough challenge on hands in fixing the sagging Indian economy. For Modi, however, there is an extra challenge emerging: one that I call "Godse-ism".

A lot has happened around memories of Nathuram Godse this month. Strangely enough, the exit poll results came on the 109th birth anniversary of the man who killed Mahatma Gandhi, father of modern India.

Modi was quick to not only disown his party candidate Pragya Singh Thakur's now-retracted statement describing Godse as a "deshbhakt" (patriot) but he also said he would not be able to completely forgive her for what she said. Given the strange timing of her statement as the nation awaited the results of a momentous general elections, and given her stature as a potential giant-killer, contesting against Digvijay Singh of the Congress at Bhopal, it was clearly a moment of embarrassment for the prime minister who has in the past spoken of "Sabka Saath, Sabka Vikas" (Support for Everyone, Development for Everyone).

Godse was not just the killer of the Father of the Nation, but also stood as a partisan Hindu extremist who quit the RSS, BJP's ideological parent, in anger. It can be argued that his politics goes against Sanatana Dharma, the core of what BJP believes is Hindutva (Hindu-ness) that believes in a liberal social order in which various faiths co-exist in harmony, not under a hegemony.

Not just Pragya Thakur, but some other party functionaries have also spoken in soft or gushing tones about Godse, making the issue not just a flash in the pan for the RSS-BJP family. Modi should read the writing on the wall: his party now faces a potential danger, not from the extreme left but the extreme right. Not from the "Tukde Tukde" (piece-piece) gang, that BJP says threatens national unity, but the "Chowde Chowde" (broad-broad) gang, that wants to thump a wide chest to take India's major party from righteous self-esteem to false pride.

Rashtriya Swayamsevak Sangh (RSS) ideologue MG Vaidya stepped in to clarify how much it respected Gandhi for many things as he described Godse as a "murderer". As the parent of the BJP, the RSS also has to be on guard against Godse-ism. Somewhere along the way, aided by Modi's success, there are all sorts of people trying to gain popularity, power or pelf from Hindutva.

As they say in Delhi's political circles: "Chamcho se saavdhan" (Beware of sycophants). Some of the ideological sycophancy extends to loudmouths who do not know the difference between shunning appeasement of minorities in governance from targeting a community like the Muslims in acts of mob violence. Modi has positioned himself as a global leader who wants to make India a respected power in the 21st century. Godse-ism goes against that grain.

It is immaterial whether it was actor-politician Kamal Haasan's description of Godse as independent India's first terrorist or someone else who triggered reactions of the kind Pragya Thakur came up with. BJP's allies certainly won't like what she said.

A word of warning has already come from Bihar chief minister and NDA colleague Nitish Kumar, who says the BJP must consider expelling Pragya Thakur from the party. Whether or not she gets elected to Lok Sabha, India will watch keenly what happens to the woman who has already courted controversy by denigrating Hemant Karkare, the anti-terrorist supercop who was martyred in the 26/11 attacks on Mumbai in 2008. That was a red signal for Modi, and the comment on Godse seems to be another red signal.

Whatever the detail, it is time for Modi and BJP president Amit Shah to discourage and/or weed out right-wing extremists. Does India really need an alt-Hindu the way America has an extremist alt-right that believes in white supremacy and racism? How does that tally with a nation sending a rocket to the moon and getting a permanent seat in the UN Security Council?

I am not kidding. The Akhil Bharatiya Hindu Mahasabha actually distributed sweets to mark Godse's birth anniversary, even as the BJP tried to douse the fire lit by Pragya Thakur. It also lambasted Modi! Alt-Hindu is a clear and present danger for the BJP.

Taking on an adversary or an enemy is often easy in politics. Getting rid of embarrassing loyalists requires a different set of skills. We will be watching keenly if the Modi-Shah duo does something about such dubious supporters. As they say: With friends like these, who needs enemies?