Nikah Halala has security implications that are often ignored

Nikah Halala has ended up a tool in the hands of a hostile country. It also needs to be seen in that light. 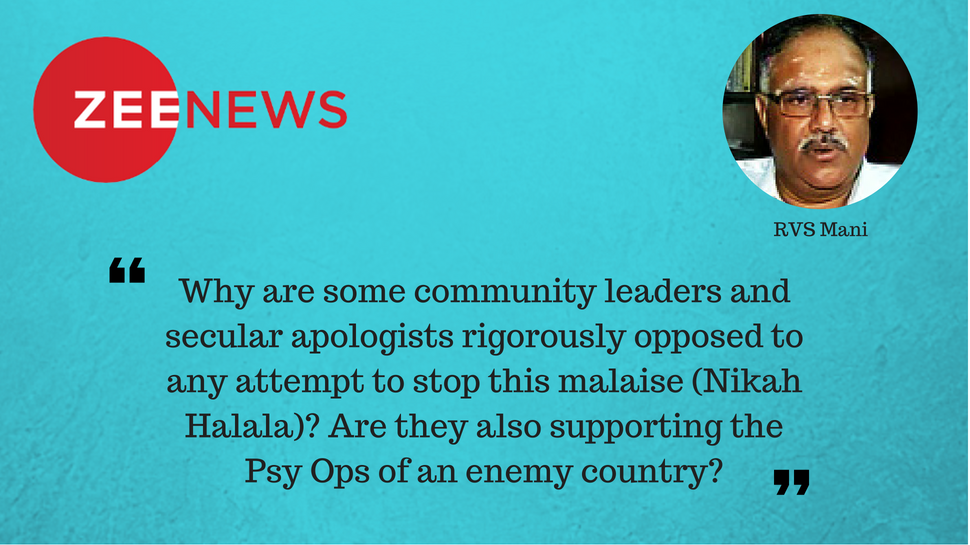 In my law school days, I used to be in a state of slumber whenever the family law classes were taken by our esteemed professor Dr Surendra Prasad, who went on to become the Dean of Law Faculty. No, it is not a commentary on the professor but one on the subject. Dr Prasad was one of the most erudite professors to have taught me. But the subject, I always felt, was boring. Hence, I remembered little on the provisions of Muslim personal law.

Even during my tenure from 1999-2004 in the Parliament, when during one of the Committee tours, a colleague officer from Parliament who recalled a pattern, the terminology was not captured. During one of those times, when we were waiting for a delayed flight, a chat on Bollywood drifted to a movie called Saudagar, which starred Amitabh Bachchan. My fellow officer related a pattern which was happening in Bhadrak District of Odissa and some other places. The narrative is captured below:

Poor Muslim men in search of work are recruited by unscrupulous elements with a bottle of liquor. This is used as a bribe to provoke him to say three talaqs to his wife, and the marriage annulled. I distinctly remember my friend stating that one husband later argued that he uttered the triple talaq in a state of intoxication and hence is not enforceable. But since the local qazi was in collusion with these elements, he declared the marriage annulled. These middlemen also pay the estranged women whatever meagre mehr mentioned in the mehrnama on behalf of the husband.

Then, another group of people from the same gang enter the picture. They counsel the woman's father that they will help get the girl married to someone in a big city with a large mehr amount. The gullible girls and parents fall for the garden-path promised by these elements. The story ends with the women being sold to human traffickers.

Many end up in red light areas or offered as brides in mut'ah (temporary marriage contract) to rich Arabs. After the mut'ah period is over, these women are left to fend for themselves. Some land up in Karachi as call girls and prostitutes. Among them, some are recruited by anti-India groups like ISI, etc, to further their PsyOps (ISI's psychological operations division). It is important to mention here that our Embassy in Saudi Arabia has helped many such victims. But there are a lot more who escape the net.

These women are trained in sophistry, tech-savviness and other skills in this process, and used to honeytrap and recruit assets in India. Vishal Upadhyay is one outstanding example. I have also explained in 'Sunday Guardian' of April 22, 2018 as to how many civil servants, political personalities have been reported to have been recruited through this method.

The vice of mut'ah marriages to Arabs is acknowledged on many occasions in Hyderabad, coastal and North Karnataka, and in Kerala, where it is known as Arabi kalyanam. Another offshoot of this pattern is grandmothers in their 30s, which is common in North Kerala, which I do not want to dwell upon.

My basic concern is the malaise of Nikah Halala. As long as it is accepted as valid, the above pattern will get reinforced. ISI will continue to use its resources to recruit these girls for honeytrapping in their nefarious anti-India designs. Do we want it? Surely not. But why are some community leaders and secular apologists rigorously opposed to any attempt to stop this malaise? Are they also supporting the Psy Ops of an enemy country?

See the impact. The poor women get exploited. They get the entire bad name. The security of the country gets undermined. It is high time such divisive and dangerous tendencies are brought to a stop.

Make no mistake, there are innumerable intelligence inputs available, wherein if the dots connected, the conclusions are very apparent. Still, the protection of this malaise is what intrigues me.

I had also suggested to many people in the media to kindly get this trend corroborated. But it involves a lot of investment in time and money as well as security to life and property. Already, threats of beheading have been issued against some media persons, which is all over Twitter, so I understand their predicament.