Rahul Gandhi's mistake? Choice of Wayanad could hurt Congress in the North

Rahul Gandhi may win a pawn in Kerala, but lose a rook and a bishop in Rajasthan or Madhya Pradesh. 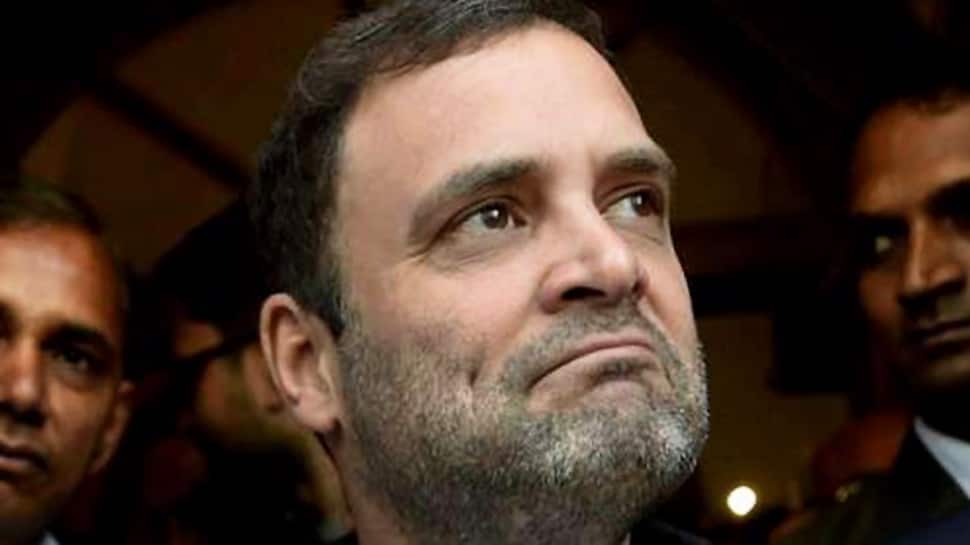 Has Congress president Rahul Gandhi taken a wrong step forward (or backward) by deciding to contest for the Lok Sabha from Wayanad in Kerala? In principle, this is not so, but in practical detail, I think the answer is yes.

It seems to be that the keenly contested general elections this year has begun to resemble a snakes and ladders game. When the Pulwama attack happened, it seemed like the BJP had hit the mouth of a snake, but when the Balakot strikes happened, Prime Minister Narendra Modi seemed to have converted a potential snake into a ladder as national security became mainstream in the election discourse.

Again, when the Congress president upped the ante for Modi and BJP president Amit Shah by announcing a Rs 6,000-per-month basic income scheme for the poorest Indians to counter the NDA government's PM KISAN scheme that offers a fraction of that to farmers, it seemed Rahul Gandhi had begun climbing a ladder.

However, the Wayanad move has turned out to be a snake for Rahul Gandhi, in my opinion, because it gave Modi a chance to hit out against minority-centric politics. We thought the Congress had begun to avoid the minority-ist tag after Rahul Gandhi declared himself a Shiv bhakt to counter insinuations that he was not for Hindus.

BJP's national-security-plus-Hindutva pitch seems to be working substantially across the Hindi belt, though I would not say that about the regions south of the Vindhyas and east of Patna. In this see-saw, snakes-and-ladders election year, Rahul Gandhi is stronger than what his critics might say, but is weaker than what his supporters might think.

The Wayanad gambit invites charges that the Congress needs to avoid if it is to remain a national party because the sentiments whipped up by the BJP are such that even a please-all manifesto of the kind Congress released this week has limitations despite its sense of painstaking detail. The cynic might say speeches matter more than manifestos.

I have also been reading that the anti-incumbency factor in elections has been receding since 2002 in India, and this means Congress needs to go more than that extra mile.

The Wayanad shift by Rahul Gandhi has made the CPM counter the Congress when one thought they were teaming up to beat the BJP. With friends like that, Congress is definitely on a tricky wicket. If you had asked me which seat Rahul G would contest from if the south was a priority, I would have guessed Medak in Telangana because that is the place from where his grandmother Indira Gandhi won in 1980 on her comeback after the Congress suffered a humiliating defeat in the post-Emergency elections in 1977. Of course, this would mean playing ball with K Chandrashekar Rao, the Telangana Chief Minister, who won the seat in 2014 before relinquishing it to become the CM of the newly-carved state. KCR now is pulling his own line as a "Third Front" leader, mocking both the Congress and the BJP.

Now, here is the deal. Mainstream Telugu parties like the YSR Congress and Telugu Desam Party are discredited in Telangana because they staunchly opposed the division of the erstwhile Andhra Pradesh. KCR is enjoying a long political honeymoon thanks to his decades of leadership for the movement that created the state he is ruling. But somewhere, the anti-incumbency factor kicks in, and that would help the Congress. Given that KCR walks the tightrope between the BJP and Muslim groups alike, befriending him would have helped the Congress as a tactical alliance. The Congress is the natural inheritor of the opposition mantle in Telangana, given its support for the formation of the state and its socio-economic platform that helps farmers, Dalits and minorities in the region. Being gracious to KCR's Telangana Rashtra Samiti here now would have fortified Congress in the north while building a beach-head in the south. That would have required Rahul Gandhi to go that extra mile.

But if there is one thing the Congress does not know, it is going that extra mile. Like the maharajas who sported their royal turbans long after Independence in 1947, the Congress has an identity crisis in which it has to choose between defeating the BJP and retaining its identity.

The Congress is reluctant to live down memories of an overarching, imperious "Grand Old Party" of India. It does not know that winning and keeping allies is an art. Modi won power in 2014 on the BJP's own strength, but his party has been nice to those who stood by him in difficult times and has even kissed and made up with a difficult ally like Nitish Kumar of Janata Dal (United) in Bihar.

Under a fourth-generation PM aspirant, one would have thought Congress would shed its modern maharaja attitude under Rahul Gandhi. There is not enough sign of it so far, though the manifesto he has outlined is a dramatically democratic one. Given that he is coming out with his own ideas and crafting his own set of advisers, his decision to contest from Wayanad is strange because the move smells of the Congress of yore. Habits die hard, it seems.

What all this means on the political chessboard is that by gaining a pawn in Kerala, Congress may be losing a rook and a bishop in Rajasthan or MP. In plain English, Rahul Gandhi may win in Wayanad, but Modi's BJP will win more seats in the north thanks to that.

Ultimately, politics is a game in which when a throw of dice is done well, the board changes from snakes and ladders to chess. That's dicey.