India is not just rising in power, but also in terms of self-confidence in its Dharmic civilisation. 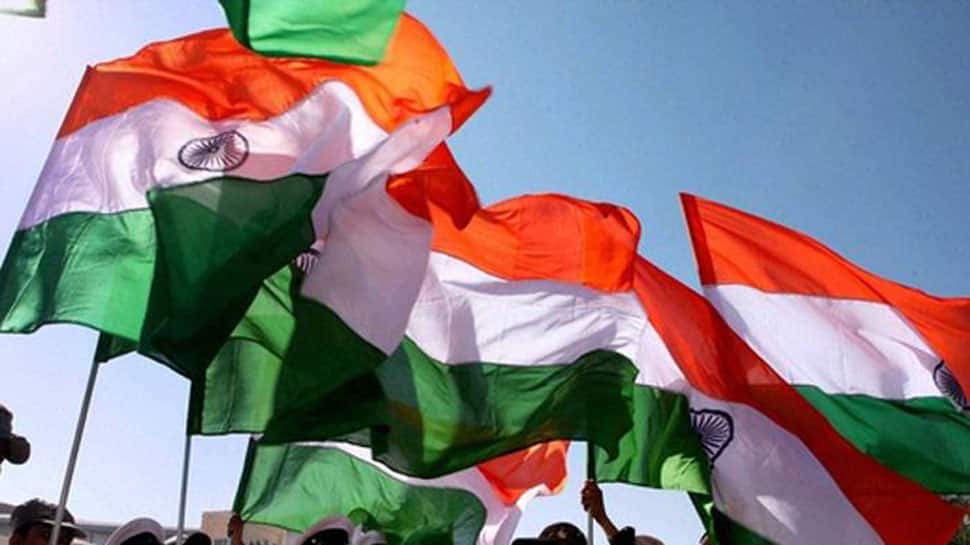 In the 2019 election, the BJP has been accused of manipulating the Hindu vote for its astounding victory - almost as if there should be no Hindu vote which is routinely deemed anti-secular.

Yet the seeking of a Hindu vote in 2019 was hardly limited to the BJP. The election featured the largest number of politicians of different parties visiting Hindu temples, including politicians who rarely did so in the past, like Rahul Gandhi and Priyanka Vadra. Even Mamata Banerjee of Bengal started boasting of her skills in chanting Hindu shlokas in Sanskrit.

This change has occurred largely in imitation of PM Narendra Modi, a dedicated Shiva bhakt throughout his long career. Yet, the new appeal to Hindus did not pay off electorally for the parties and leaders that suddenly adopted it as a political ploy without a personal history to accompany it.

Along with this new seeking of the Hindu vote, the usual charges of Hindutva extremism were also made, even more so after BJP won the election. In short, having failed to gain votes for their temple visits, the opposition returned to its old anti-Hindu and 'Hindu terror' agenda out of frustration.

From the Kumbha Mela to Kedarnath
Religion always plays a place in India's politics as Indians are religious and spiritually inclined overall. Yet, it has usually emphasized minority Islamic and Christian concerns. Under Modi, a Hindu voice has also become very vocal - not out of place, since India is 80% Hindu.

Most notably, the presence of Lord Shiva towered above the election. This was not rooted in politics, but in the magnificent Kumbha Mela held in Prayagraj from January to March, which by chance occurred just prior to the election. Over two hundred million people visited the sacred celebration on the Ganga, in which Shiva, as the Lord of the Yogis, was the central deity form. Both the BJP state government, led by Yogi Adityanath, and the national BJP government made sure the event was well-organized and inspirational, which message was well conveyed to the participants.

Meanwhile, Modi chose Varanasi, the famous City of Light of Lord Shiva on the Ganga, as his own constituency again in 2019, as he did in 2014. During his first term, Modi renovated the ghats at Varanasi, cleaned the Ganga and recently renovated the Kashi Vishwanath Temple, the famous Shiva jyotir linga, that is the most sacred site in the city, along with building it a corridor to the river.

At the end of the 2019 campaign, Modi travelled to Kedarnath, the main Shiva shrine in the Himalayas for solitary meditation a few days before election results were counted. The picture of the PM wrapped in orange in a cave at Kedarnath went throughout the entire country.

Some have criticized Modi for creating a Hindu media show for the election, but we should remember that Modi has honoured Hindu practices as an integral part of his life and shouldn't be required to abandon these because he is a head of state, notably of Hindu-majority India. Modi did not use the emotional Ram Mandir issue at a political level, as many had feared, preferring to highlight Varanasi as an example of his leadership, for both development and cultural issues.

Negative reactions from the media
We can contrast India voting from a new sense of national unity and purpose, including a renewed Hindu dignity, with responses from the Western media that express a fear of India's new strength and leadership. Such voices would paint gentle and pluralistic Hinduism as an intolerant and divisive faith, not understanding the nuances of Sanatana Dharma that embrace the whole of life and all of human society.

Why is the media, particularly of a leftist orientation, afraid of a strong India? India has given yoga to the world, not jihad or missionary conversion. It is not a threat economically like China, and has no history of aggression and invasions of other countries. India has the greatest cultural diversity of any country, and many religious groups have taken refuge in India to escape oppression elsewhere. Meanwhile, Indians worldwide are peaceful and prosperous and do not cause any problems in their countries of residence or travel. US and UK Hindus are among the most affluent and educated of communities and have produced no social problems at all, and in fact are among the cultural elite.

Such anti-India sentiments sound more like a colonial hangover than any objective analysis. They are part of a media disconnect with India that must be corrected, which highlighted the opinions of those who lost the election rather than honouring India for its tremendous democratic triumph. After all, India's 2019 election was the largest democratic election in the history of the world, with over six hundred million people voting, done in a region of the world that includes China and Pakistan in which countries democracy has little place.

The 2019 election shows that India is rising both in terms of development, which is for all, and in terms of culture, which must embrace the legacy of India's great Dharmic civilisation. India's economy is expanding and infrastructure is being transformed. Yet, pride in culture, religion and spirituality is also growing, extending to the new middle class. In terms of foreign policy, India is taking its place on the world stage as a global leader, as it has been throughout most of history, spreading knowledge, culture and prosperity, not seeking hegemony or control.

This new, resurgent India owes a great deal to PM Narendra Modi. He has become a conduit for the aspiration of the people of India, and can now boldly lead the nation forward.