No more tolerance for terror. No more protection for separatists. Full integration of Kashmir into India. 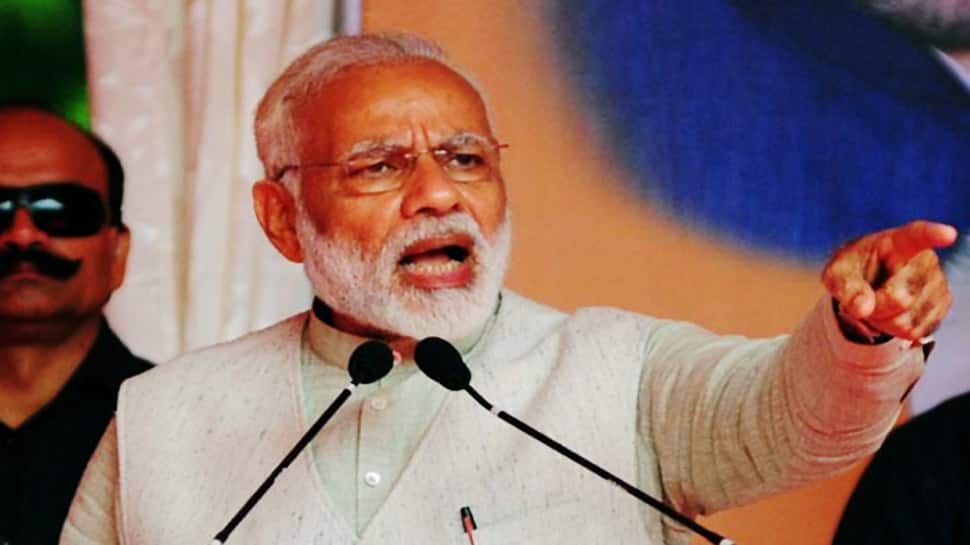 For India to arise, for Bharat to be resurgent, Kashmir must be reintegrated into India. It is a question of national security, national identity and throwing off outside interference. Otherwise, India's war of independence will continue at a proxy level with Pakistan and the numerous terrorist organizations allied with it.

India's national sentiment about Kashmir has shifted radically since the February 14 Pulwama terror attack, in which a Pakistan-supported Jaish-e-Mohammed suicide bomber took the lives of more than forty of India's paramilitary forces. India's change of mindset over Kashmir is irreversible and the old appeasement policy is no longer acceptable. A new national vision has arisen that wants a permanent solution to the problem.

The airstrike on terrorist bases in Balakot, Pakistan, on February 26 is a clear manifestation of this new policy and will be followed with similar strong actions as required. It marks the new and determined response of the Narendra Modi government. Pakistan does not listen to the language of diplomacy, which only becomes a cover for its subversive actions. India understands this well and the global community is coming to recognize it too.

There is no going back to the old attitudes that have prevailed since 1947. No more tolerance for terror. No more protection for separatists. Full integration of Kashmir into India. This is the only solution and long term befitting reply to Pakistan's continual terrorist attacks on India.

The outpouring of emotion and outrage after Pulwama has been exceptional and has reached all parts of the country. This is particularly notable given the comparable lack of outrage when the entire Kashmiri Pandit population was driven out by militants in 1990, along with massive loss of life and property - a veritable genocide of a religious community. This emotion continues after the Balakot retaliatory strikes and is likely to be sustained until Pakistan stops its aggression.

What has caused this radical shift in attitude? It begins with the greater sense of identity and nationalism that we find today in the Modi era, in which it is no longer wrong to be patriotic and proud of India as a nation and a great civilization. It reflects the new aspirational ethos for which being Indian or even being Hindu is no longer something to make excuses about.

It is a complete loss of patience as the Kashmir issue remains problematic after seventy years that have failed to bring peace, despite extensive dialogue, compromise, and the extension of special benefits for Kashmir.

Most importantly, it is not just an issue of local separatists but of global terrorism, with ISIS coming into India. The tactics and sophisticated explosives used in the Pulwama attack indicate training and support by both the Pakistan Army and groups connected to ISIS. If not dealt with firmly, these radical forces can threaten India as a whole, and affect other countries as well.

The response
Removing security from and arresting separatists, stringent economic sanctions against Pakistan and diverting river waters from flowing into Pakistan are important initial steps. The Balakot airstrike and continued retaliatory measures are the second and more significant phase that demonstrates India's new resolve.

All Indians should be allowed to move, conduct business and own property in Kashmir - just as Kashmiris are allowed to do so in the whole of India, as they possess many properties and businesses throughout the country. The special status and autonomy afforded to Kashmir should be revoked and the concerns of Jammu and Ladakh be given their place, not just those of the Valley.

Military retaliation is certainly justified. It is no longer a question merely of Kashmir or India, but of global terrorism centered in Pakistan. The new Prime Minister of Pakistan, Imran Khan, appears as impotent as previous Prime Ministers to control Pakistan's military domination and support for terrorism. In fact, he came to power with the help of the same jihadi groups behind the Pulwama attack, with Jaish-e-Mohammed supporting his campaign in Punjab.

The roots of terrorism in Pakistan must be addressed, not simply the branches that extend into Kashmir. While it is necessary to engage the international community with diplomatic sanctions on Pakistan, India must act according to its own interests extending to military responses. The world does not honor a weak country, particularly in the face of terrorism. We must compare how the United States, China or Russia firmly deal with terrorism with the softness that India has followed until Narendra Modi's new policy today.

This stronger Indian response is better for Kashmiris, whom Pakistan will never bring peace to. Full integration with India will result in greater prosperity for Kashmir and restore cultural harmony. Show us one province in Pakistan where there is harmony, even among Muslim sects and where any minorities are treated fairly?

While dangers exist in a more aggressive policy relative to Pakistan, there are more significant dangers in continuing the same policies that have resulted in the current situation. The Narendra Modi government knows this and is carefully planning action on all levels, including military, to comprehensively address Pakistan's ongoing proxy war with India through Kashmir.