For a party that believes in traditional Hindu culture, giving the elders a boot sees to go against the sanskari tag. 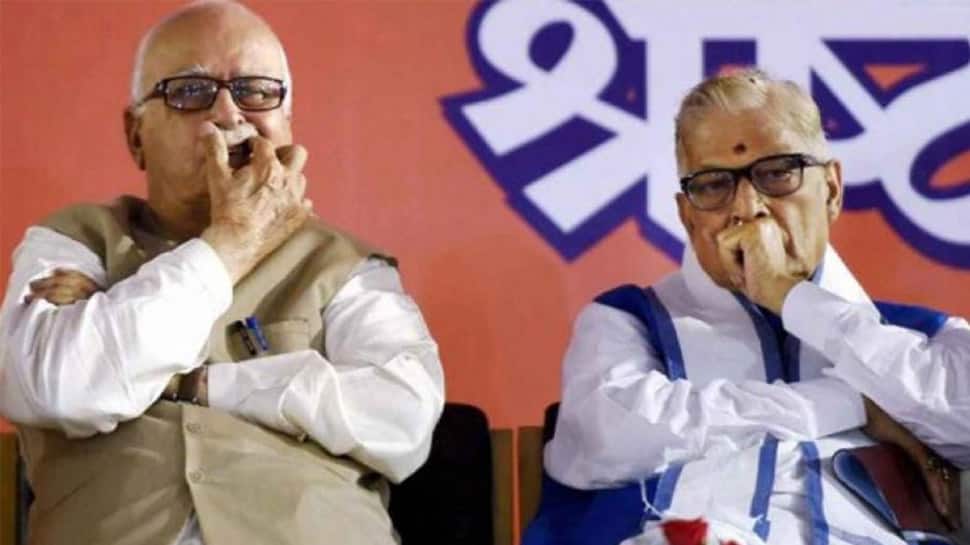 It was 1991. I remember vividly that day near Kanpur's sprawling public park, Phool Bagh. As I stepped out of my hotel, I saw four faces looming equally in a huge hoarding that asked voters in Uttar Pradesh to choose the Bharatiya Janata Party (BJP). That was in the backdrop of a Rath Yatra the previous year led by its president, Lal Krishna Advani, to build a Ram temple in Ayodhya where the now-demolished Babri Masjid then stood. Advani, Murali Manohar Joshi, Rajmata Vijayaraje Scindia of Gwalior and Atal Bihari Vajpayee beamed from that hoarding.

It did not matter to the party then that Vajpayee was the towering orator. Nor did it matter that Advani had just stormed northern India to dramatically raise the party's fortunes that would have risen further were it not for the assassination of Rajiv Gandhi just a few days after I saw that hoarding. It was a party that honoured its elders and believed in collective leadership. The election hoarding was representative of its style.

This week, as Murli Manohar Joshi curtly announced in a terse letter to Kanpur's voters that he had been asked by the party not to contest this year's elections, there was nothing left to the imagination. The party seems to have junked its old culture to a point where eyebrows are bound to go up and questions raised.

Days earlier, BJP president Amit Shah took the place of Advani as the party's candidate from the Gandhinagar constituency. Joshi's departure from the fray in Uttar Pradesh seemed to complete the picture. Mrs Scindia and Vajpayeeji have passed on from life. The old lotuses of Phool Bagh have withered.

Joshi is 85 and Advani is 91. Age has not been on their side, but even as recently as two weeks ago, the BJP said it had no 75-year age restriction on contesting elections. That kept alive hopes that they might run for Lok Sabha this year. Alas, that was not to be.

Surely, Joshi and Advani deserved more than unceremonious exits? It is true that these elders did not quite take the hint as Narendra Modi became India's prime minister and brought with him fresh blood to rejuvenate the party. However, given their long service to the party, one would have expected something more.

In the past five years, the two gentlemen were officially part of a 'Margdarshak Mandal' (Council of Guides) for the party. That it was nothing more than a group of sulking dissidents became clear after the BJP's defeat in Bihar Assembly elections in 2015. Amit Shah and Modi were clearly in their crosshairs.

"To say that everyone is responsible for the defeat in Bihar is to ensure that no one is held responsible. It shows that those who would have appropriated credit if the Party had won are bent on shrugging off responsibility for the disastrous showing in Bihar," the seniors had said then in a statement.

A month later, the elders issued another statement linked to the BJP suspending former cricketer Kirti Azad in the backdrop of tussles in the Delhi and District Cricket Association (DDCA) with Finance Minister Arun Jaitley. Their target was Jaitley, as they wanted a probe into allegations made by Azad against him.

Yashwant Sinha later became the virulent, vocal face of the sidelined elders and kept the pressure on.

If Advani and Joshi still expected to be in the election fray for the party after all this, it was utterly naive. But it is equally true that the BJP could have used some occasion or other during the past three years to offer a courteous exit to the two elders. A vote of thanks, perhaps?

For a party that believes in traditional Hindu culture, the sidelining of Advani and Joshi and the subsequent lack of courtesies goes against the sanskari tag that is often attached to the RSS-driven Sangh Parivar, to which all these gentlemen, barring Sinha, owe their political baptism.

Members of the Margdarshak Mandal should have shown the way on how to deal with elders -- if only they were less interested in power play themselves.

Is all this because in the unwritten laws of the Hindu Undivided Family, the respect elders get is often in direct proportion to simply accepting what the younger lot does?