The age bar of 75 would continue to hold for party and government positions. 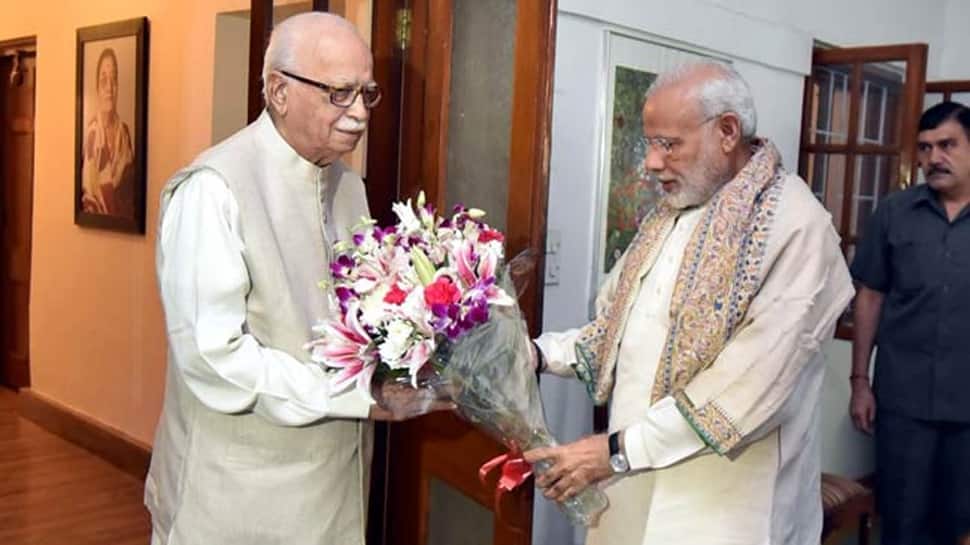 New Delhi: There would be no bar of 75 years for BJP leaders willing to contest the upcoming Lok Sabha polls, the party's top decision-making body - the parliamentary board - decided at its marathon meeting on Friday night.

While there was no official statement by the Bharatiya Janata Party on the decision, sources in the party confirmed the development which would pave the way for party veterans like LK Advani, Murli Manohar Joshi, Shanta Kumar and others to contest the polls. Sources said that party veterans have been authorised to take a call whether they would contest the polls or not.

However, the age bar of 75 would continue to hold for party and government positions.

The meeting, attended among others by Prime Minister Narendra Modi, BJP chief Amit Shah and other members of the parliamentary board, also discussed the criteria for ticket distribution to sitting MPs.

Advani, currently the oldest member of the Lok Sabha at 91 years, has represented the Gandhinagar constituency since 1991 and has been winning all the last five general elections by big margins.

In the 2017 Assembly polls, the BJP faced a tough fight from the Congress and its tally was restricted to 99 of the 182 Assembly seats. The party failed to open its account in districts like Morbi, Amreli and Gir Somnath while in Gandhinagar, it won five of the seven Assembly seats.

If Advani contests, he would become the oldest MP ever to fight the Lok Sabha elections after Ram Sunder Das of the Janata Dal-United, who won from Hajipur in 2009 at age 88 and ended his stint at the age of 93.

Joshi, who won in 2014 from Kanpur, was the BJP President between 1991 and 1993 and has also represented Allahabad and Varanasi in Parliament. In 2014, he was shifted to Kanpur after the party decided to field Narendra Modi from Varanasi.

Advani and Joshi, considered the top leaders of BJP after former Prime Minister Atal Bihari Vajpayee, did not find a place in BJP`s highest decision-making body, the Parliamentary Board, when Amit Shah took charge as the BJP President. Instead, he created a `Marg Darshak Mandal` that comprises Prime Minister Modi, Home Minister Rajnath Singh, Shah himself as well as Joshi and Advani.

Shanta Kumar has been representing Kangra constituency in Himachal Pradesh. The former Chief Minister of the hill state was first elected from there in 1989, and re-elected in the 1998, 1999 and 2014 elections.

Mishra, the BJP`s prominent Brahmin face in Uttar Pradesh, is representing Deoria in the current Lok Sabha. He was inducted into Modi`s Council of Ministers as Micro, Small and Medium Enterprises Minister but dropped later on age grounds.

The change in BJP`s position on veteran leaders is being seen as a move giving weightage to `winnability` of candidates than their age. This also comes in the wake of opposition parties joining hands ahead of the Lok Sabha polls.

The sources said the move was well-calculated as the BJP does not want to trigger any controversy by denying the veterans a ticket.