Friendship Day 2019: Bollywood films to watch with your buddies!

So this Friendship Day, invite your buddies over and get ready to experience an influx of emotions as you relive some of the best memories with these Best Bollywood films on Friendship 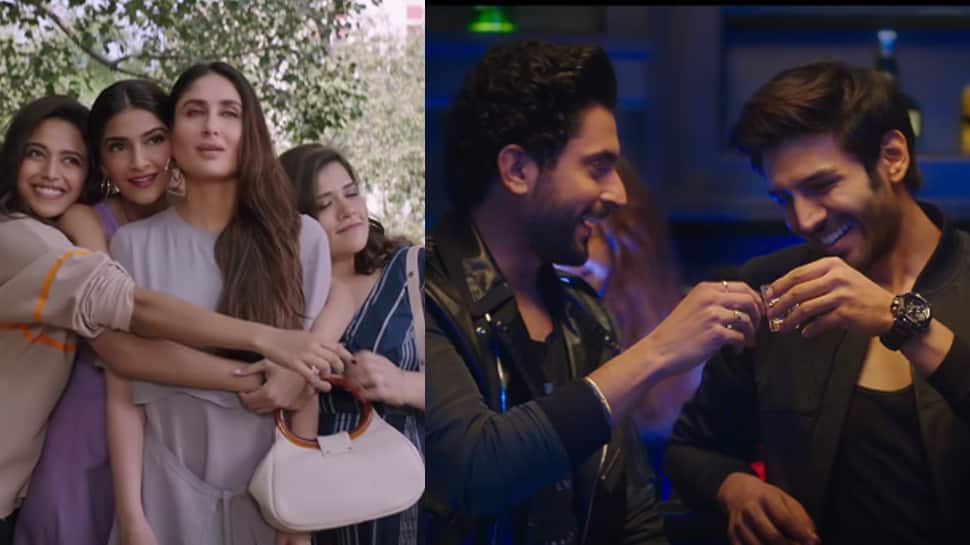 The day to celebrate one of the most precious bonds of life- 'Friendship' is here and people are busy catching up with their pals! However, many of us prefer staying indoors instead of going out. Does that mean you can't celebrate Friendship Day with your buddies? Of course not!

So this Friendship Day, invite your buddies over and get ready to experience an influx of emotions as you relive some of the best memories with these Bollywood films on Friendship:

In a world full of films dedicated to brotherhood, women were delighted to finally get a film that celebrates the bond of friendship between females. Our 'Veeres' showed us that no matter what happens in life, you always got your gal pals to count on! Starring Sonam K Ahuja, Swara Bhasker, Kareena Kapoor Khan and Shikha Talsania in lead roles, the film was a delight to watch. If you still haven't seen this gem, try it out this Friendship day.

Three estranged friends, one bachelorette trip, and a truckload of humour! ZNMD is the perfect film to watch when you want to celebrate friendship. And our Bollywood hunks Hrithik Roshan, Farhan Akhtar, and Abhay Deol keep us hooked on to the screen. The film also stars Katrina Kaif and Kalki Koechlin who are a pure delight to look at!

The hilarious tale of 'Bromance VS Romance' is a must watch this Friendship Day! It stars Kartik Aaryan, Nushrat Bharucha, Sunny Nijar, Alok Nath and Ishita Raj Sharma among others. While the film will make you laugh till your cheeks hurt, it has the perfect amount of emotions that will make you cherish your true friends!

Have you ever had a friend from a different religious background? And has it ever had an effect on your friendship?

This movie is all about what happens to friendship when politics and religion get in the way. It tells the story of three friends who are separated by communal forces.  The heart- wrenching tale of sacrifice, regret and realisation is a must-watch.

It is directed by Abhishek Kapoor and stars Sushant Singh Rajput, Rajkummar Rao and Amit Sadh in lead roles.

Life is fun when you're in school. But soon, the inevitable happens and you pass standard 12 and that's when the rat race to get into a good college begins. With soaring high cut-offs and ridiculously low marks, watch the hilarious struggle of 'Hunny', 'Choocha' and 'Lali' to make it to their dream college with the help of a friend named 'Zafar' (a musician).

'A Friend in need is a friend indeed' is the mantra of this comedy film.

We can never get tired of this epic movie which tells the tale of Bunny and Naina. Along with their heartwarming love story is the story of how four friends unite after a gap of 8 years.

Have you ever met a friend after a long time and noticed how much life has changed since then? This movie shows that no matter how long has it been since you've spoken, or no matter how far you live from a friend, the bond stays the same. Even if you see them after years, you would still be talking as if all these years, you were side by side. Such friends are the true gems and you must feel lucky to have them!

So if you feel a little emotional, and want to give that long- lost friend a call after watching this movie, go for it! Chances are they might be missing you too! '3 Idiots' tells the story of three friends, studying in an engineering college after one of them has disappeared. When there is news of that one, long lost friend, the other two embark on a journey to find him.

So are you ready to plan a movie marathon with your friends?

Nick Robinson cast alongside Kate Mara in 'A Teacher'