Secret Superstar is based on a 15-year-old girl named Insia (played by Zaira Wasim) whose passion is singing and she wants to rule the music industry one day. 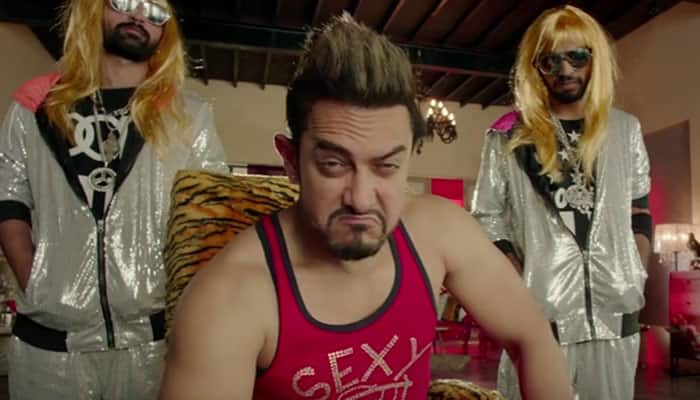 New Delhi: Happy Diwali readers! The most awaited time of the year is finally here. And, the festivities have made a splash on the silver screen too. After breaking several Box office records with Dangal last year, Aamir is now back to rule cinemas with Secret Superstar. The Advait Chandan directorial doesn’t revolve around Mr Perfectionist but the film with Zaira Wasim essaying the protagonist is being presented and marketed in his name. Will the flick be able to spill Aamir's charm at BO? Well. Let's find out.

Secret Superstar is based on a 15-year-old girl named Insia (played by Zaira Wasim) whose passion is singing and she wants to rule the music industry one day. Sadly, her conservative and aggressive father Farookh Malik (portrayed by Raj Arjun) is not at all amused by her hobby. In order to balance out her life, Insia starts posting videos on social media anonymously. How the events unfold next is truly inspirational and motivating.

So, firstly, Advait's efforts must be lauded for beautifully crafting the story. He has made sure that all the important aspects of the script get highlighted with a reasonable amount of screentime. The filmmaker also moulded the screenplay in such a way that, in the end, it doesn't turn out to be the story of a particular family. Instead, people can relate to it in one way or another.

Unlike other major releases of Bollywood, this one sticks to the basics. Interestingly nothing is overdone in the film. This is the reason why a subtle pace leads the tale in the right direction. Also, a slice of Aamir Khan's touch of perfection is also visible in the plot.

If we talk about the casting of the flick, it wouldn’t be wrong to say that it is brilliantly done. Apart from Zaira's breakthrough performance, Meher Vij (who plays her mother) has essayed the role remarkably well. At times, Meher's act will bring tears to your eyes. On the other hand, Raj is so convincing as a violent father that you will start hating him for real.

Now, lets come to Aamir. Though Aamir has a very tiny role to play, he is the soul of the film. By flaunting all quirky characteristics, the 52-year-old superstar gives you some unforgettable moments to take home.

After building the narrative in the first-half, Secret Superstar works wonders after the interval. Some might say that the movie loses pace every now and then. But, it must be kept in mind that variations in the emotions were necessary to give the flick a worthy ending. The music of flick is pretty decent keeping in mind the tone of the script.

Secret Superstar is undoubtedly Aamir's Diwali gift to cinema lovers. It will appeal to the audience of all age groups. If you judge the flick on the entertainment quotient, it falls a lil' short. But, at the end of the day, the movie is an excellent piece of cinema which brings forward various social issues and the attitude required to deal with them at the same time.

So, keep dreaming. Because it will only motivate to work hard and be deserving enough to achieve them.