The Umesh Shukla's film has been made at a budget of Rs 34 crore and has so far minted Rs 48 crore at the ticket counter. 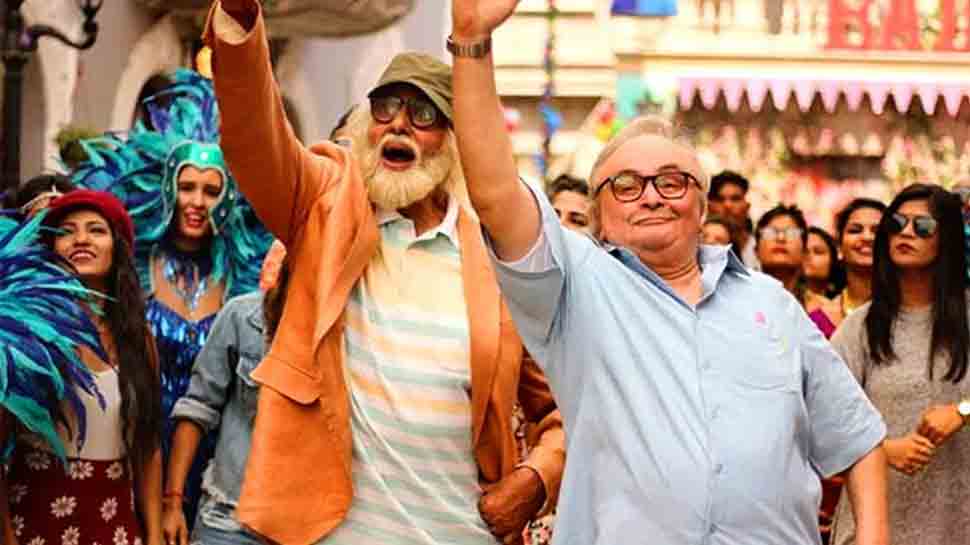 New Delhi: Megastar Amitabh Bachchan and Rishi Kapoor's brilliant act in '102 Not Out' has left the audiences speechless. Their powerful act has not only received a warm response from the viewers but also got a big thumbs up from the critics.

The film is directed by Umesh Shukla and is based on the Gujarati play written by Saumya Joshi by the same name.

The filmmaker has tapped their chemistry and the love-hate relationship existing between a 75-year-old son and a father, who is 102 and so full of life.

Besides Bachchan and Kapoor senior, '102 Not Out' stars Jimit Trivedi. Director Umesh Shukla has previously directed classic drama 'Oh My God' featuring Paresh Rawal and Akshay Kumar in lead roles. The film was widely appreciated by the audiences.

The film faced tough competition from Alia Bhatt starrer 'Raazi' but yet maintained its grip at the Box Office. Both the films have done decent business and continue to hold ground at the ticket counters.