Once again Central government employees are ready to take on the government and are preparing to strike work as government remains slow in revising the 7th Pay Commission's recommendations on allowances, minimum wage and fitment formula. 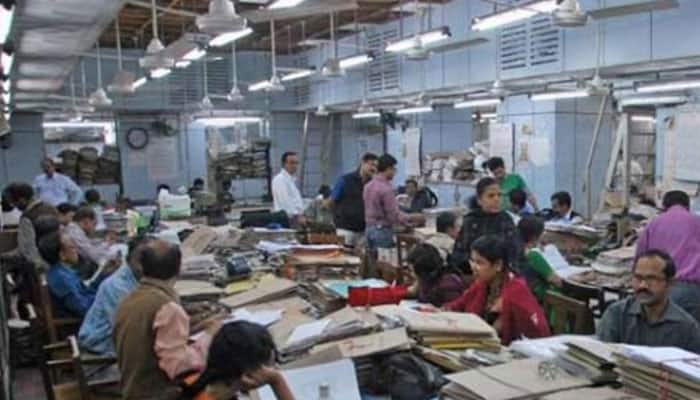 New Delhi: Once again Central government employees are ready to take on the government and are preparing to strike work as government remains slow in revising the 7th Pay Commission's recommendations on allowances, minimum wage and fitment formula.

The government employees are ruing the fact that no decision has taken place on Allowances so far. The Secretary( Personnel) was to have a meeting with the Secretary, Staff Side, on October 13, to firm up the view on various allowances pertaining to Department of Personnel & Training. The meeting has been postponed to October 25.

“It was expected that the recommendations of allowance committee will be made in October 2016 , with the postponement of meetings now we can expect the allowances committee to submit its report in November 2016.” said the Confederation of Central Government Employee and Workers of Karnataka State.

The employees are also complaining that the government has so far not set up the high level committee on minimum wage, fitment formula revision and other main demands of central government employees as assured by Cabinet Ministers in July 2016.

When central government employees rejected the 7th Pay Commission's recommendations and threatened to strike work, government,announced to set up a high level committee within a period of four months, and look into the issue of wage revision. “The Central Government has shown urgency in issuing orders on advances, but the same urgency is not shown in case of issue of orders on allowances and revision of minimum wage, fitment formula which will benefit lakhs of Central Government employees”, added the confederation.

The employees are planning to carry out demonstrations on October 20 and once again try to reach out to the Prime Minster, Home Minister, Finance Minister and all Department heads. The employees are willing to strike work post December 15, if their demands remain ignored.