Zomato delivery executive Kamaraj has accused Hitesha of hitting him with slippers, falsely accusing him of hitting her, assaulting, defaming him, and hurling abuses at him. 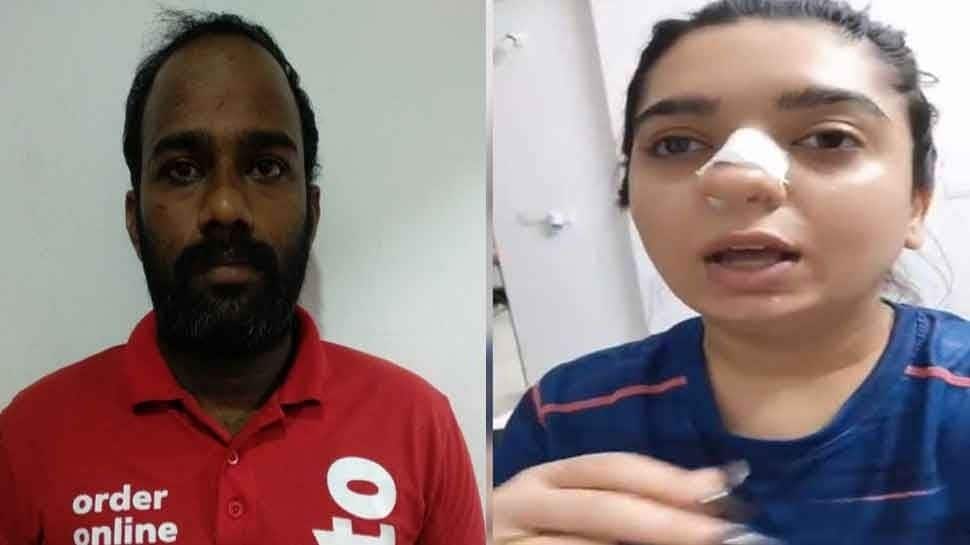 New Delhi: Zomato delivery executive Kamaraj, who was accused by Hitesha Chandranee of assault, lodged a formal complaint against her on Monday (March 15).

In the FIR, Kamaraj has accused Hitesha of hitting him with slippers, falsely accusing him of hitting her, assaulting, defaming him, and hurling abuses at him. Kamaraj has filed an FIR at Electronic City Police Station in Bengaluru, Karnataka.

For the unversed, Hitesha had put out a video in which she accused Kamaraj of assaulting her after a heated argument and alleged that the altercation left her with a fractured nasal bone. She had claimed that he also barged into her home and abused her too.

Kamaraj had refuted her allegations and claimed that she had hit herself with her own ring. “After I reached her apartment door, I handed her the food and I was expecting her to pay me (as she had opted for cash on delivery mode of payment). I also apologised since the delivery was delayed due to traffic and bad roads. But she was very rude from the outset. She asked me ‘Why are you late?’ I replied apologetically, as there were road blocks due to ongoing civic works and there were traffic jams as well.  But she kept on insisting that the order has to be delivered within 45-50 minutes. I am working on this job for more than two years and this is the first time that I have had to go through this kind of an ordeal,” he told The News Minute.

He also accused her of throwing slippers at him and hitting him. "When she was trying to push my hand away, she accidentally hit herself with her finger ring on the nose, which led to the bleeding. Anybody who sees her face, will understand that this wouldn't be created by a punch. And I don’t wear any rings," he had said.