Nirav Modi arrested in London, to be produced in court shortly

The External Affairs ministry has already sent  an extradition request to the United Kingdom.

New Delhi: Absconding jeweller Nirav Modi, the main accused in the USD 2 billion (Rs 13,500 crore) PNB fraud case, was arrested in London by the Scotland Yard from Holborn on Tuesday in pursuance of the extradition request by Enforcement Directorate (ED).

Modi had fled immediately after the PNB Scam surfaced last year. A Red Corner Notice was issued by the Interpol against Modi in June last year.

Meanwhile the External Affairs ministry had also sent an extradition request to the United Kingdom in August last year.

India's premiere investigative agencies, the Enforcement Directorate as well as the CBI are probing the PNB scam involving Modi and his Uncle and aide Mehul Choksi. Choksi also fled India last year and has taken refuge in Antigua.

Case against Nirav Modi and other co-accused in the matter 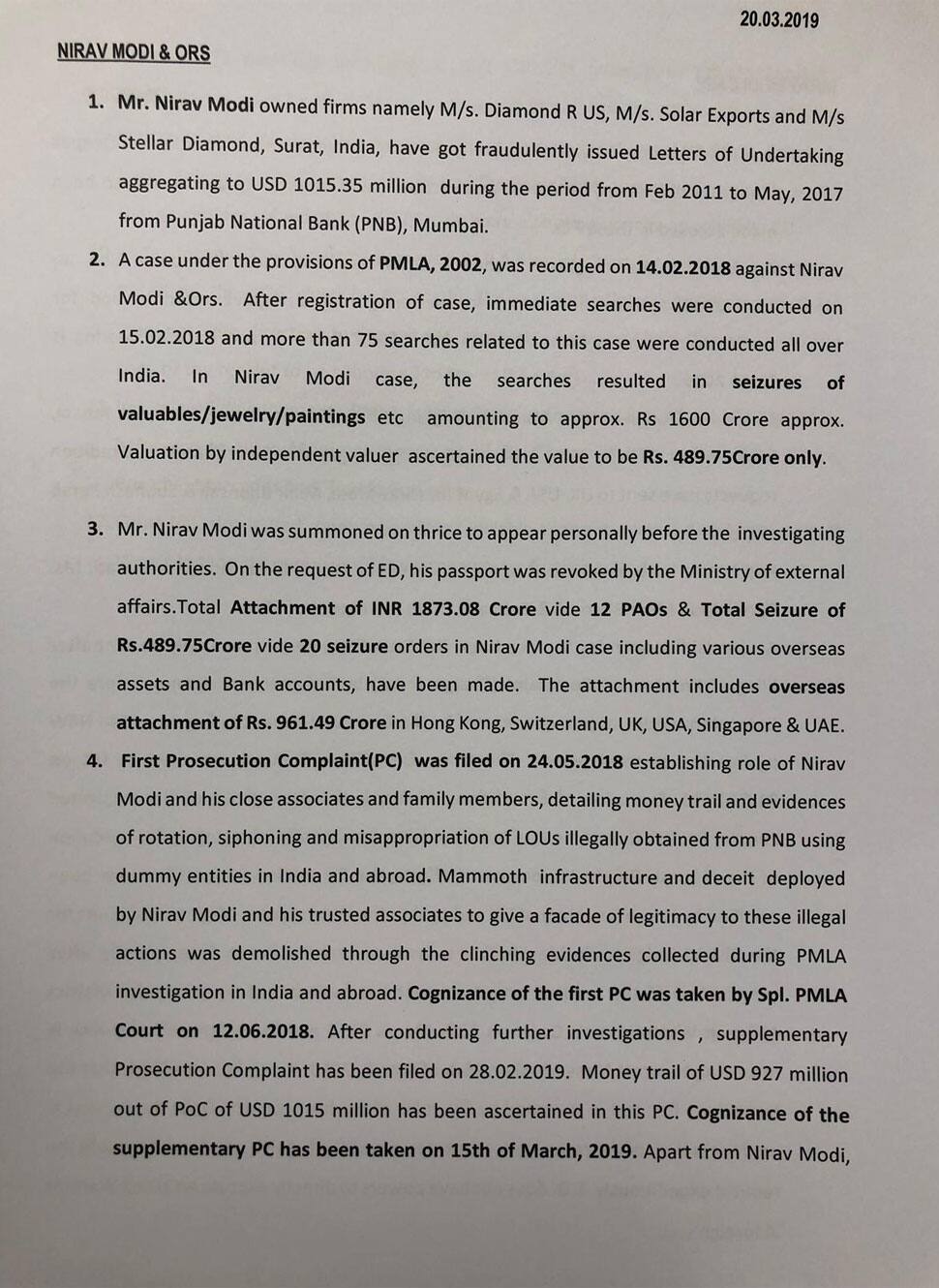 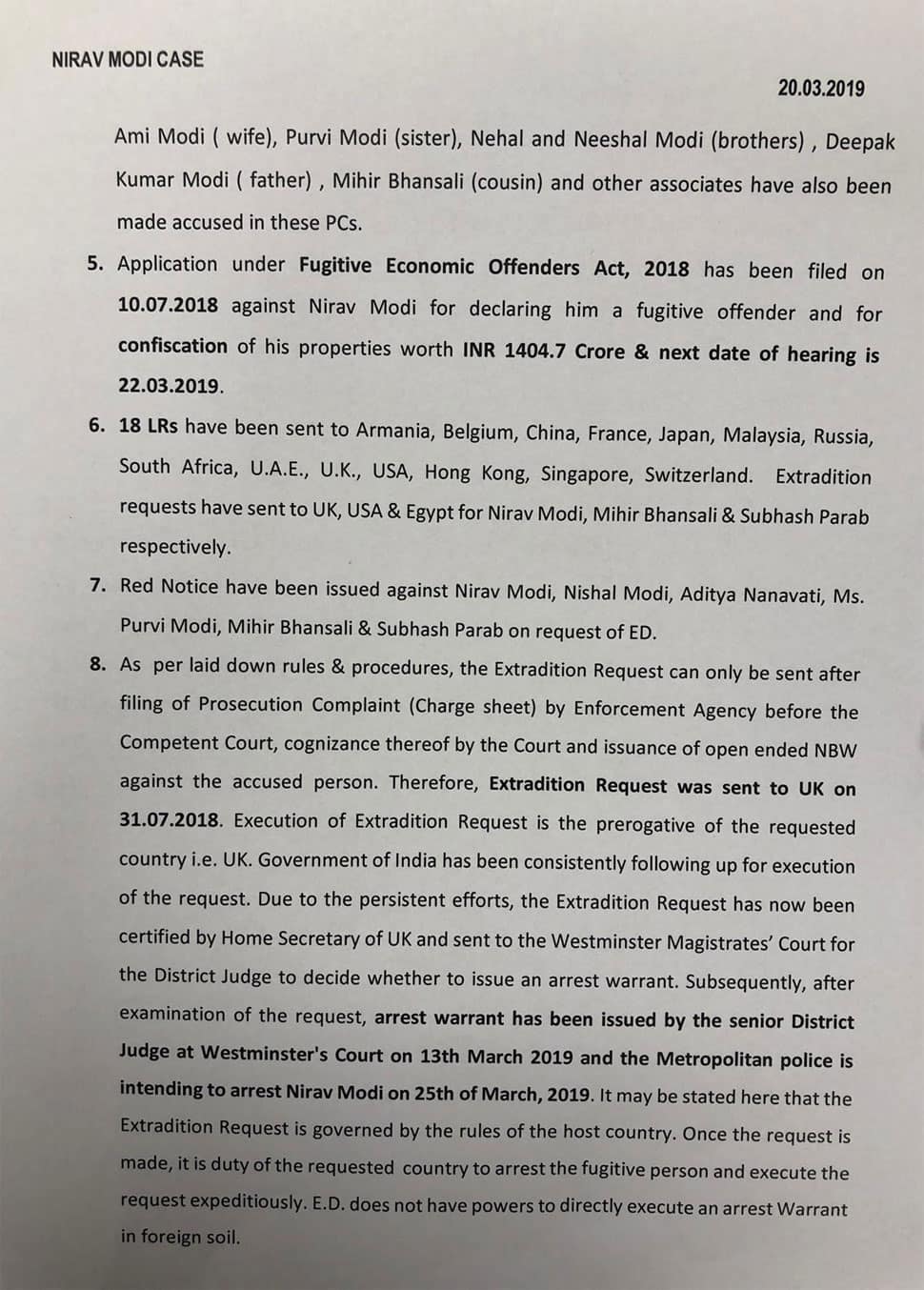