No Air India staff will be laid off, no reduction in Basic pay, DA and HRA of any category of employees, says airline

Taking to micro-blogging site Twitter, Air India also announced that there has been no reduction in the Basic pay, DA and HRA of any category of employees. 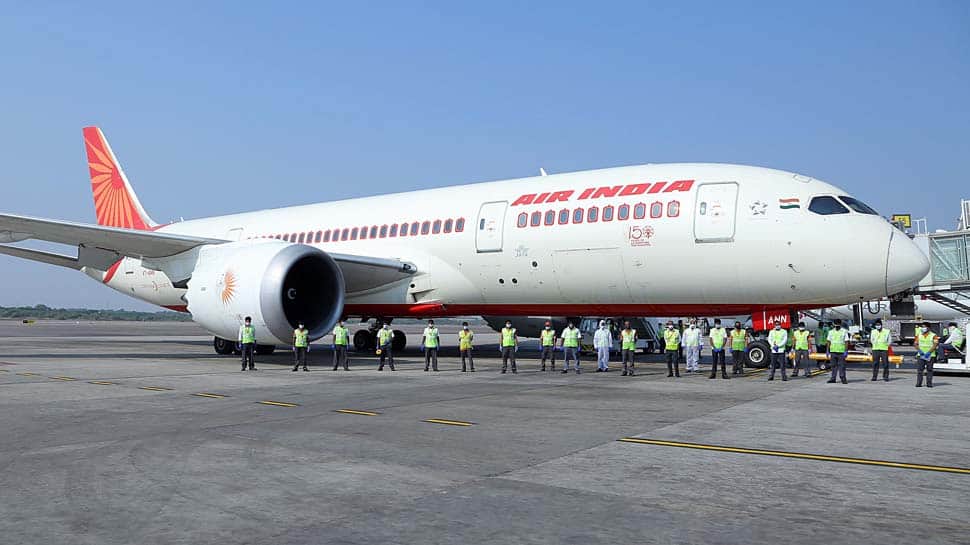 Air India on Thursday announced that unlike other airlines that have laid off a large number of staffs, no employee of the national carrier will lose their job. Taking to micro-blogging site Twitter, Air India also announced that there has been no reduction in the Basic pay, DA and HRA of any category of employees.

Recent decisions of AirIndia Board regarding rationalization of staff cost were reviewed in a meeting at @MoCA_goi this evening.The meeting reiterated that unlike other carriers which have laid off large number of their employees,no employee of AirIndia will be laid off. (1/3)

It also tweeted, "Recent decisions of the Air India board regarding rationalization of staff cost were reviewed in a meeting at the Ministry of Civil Aviation this evening. The meeting reiterated that unlike other carriers which have laid off a large number of their employees, no employee of AirIndia will be laid off."

The national carrier also tweeted, "There has been no reduction in the Basic pay, DA and HRA of any category of employees. The rationalization of allowances had to be implemented on account of the difficult financial condition of the airline that were exacerbated by COVID-19."
On July 22, Air India reduced monthly allowances of its employees who have a monthly gross salary of more than Rs 25,000 by up to 50 per cent, according to news agency PTI. The order said the basic salary and allowances linked to it like industrial dearness allowance (IDA) and house rent allowance (HRA) will remain unchanged. However, for "general category officers", all other allowances - except the aforementioned ones - would be reduced by 50 per cent, said the order.

"For employees (both permanent and fixed-term contract) with gross salary up to Rs.25,000 there will be no reduction in salary," it noted. All fixed term contractual executives and staff other than pilots and cabin crew members will see their other allowances reduced by 50 per cent and 30 per cent, respectively, it had stated.

In another step to rationalise staff costs, Air India issued an internal order on July 14, asking its departmental heads and regional directors to identify the employees, based on various factors such as efficiency, health and redundancy, who will be sent on a compulsory leave without pay (LWP) for up to five years. Moreover, it said employees can voluntarily opt for the LWP scheme too.

The national carrier has a debt of around Rs 70,000 crore and the government started the process to sell it to a private entity in January. Its net loss in 2018-19 was around Rs 8,500 crore.

The aviation sector has been significantly impacted due to the travel restrictions imposed in India and other countries in view of the coronavirus pandemic. All airlines in India have taken cost-cutting measures such as pay cuts, leave without pay (LWP) and firing of employees in order to conserve cash.

India resumed domestic passenger flights from May 25 after a gap of two months due to the pandemic. However, the airlines have been allowed to operate a maximum of 45 per cent of their pre-COVID domestic flights. The occupancy rate in Indian domestic flights has been around 50-60 per cent since May 25.

The scheduled international passenger flights continue to remain suspended in the country since March 23. However, Air India has been operating a significant number of special flights to and from countries around the world under the Vande Bharat Mission to help stranded people reach their destinations.