After working for e-c0mmerce giant Amazon, the two friends set up Flipkart. 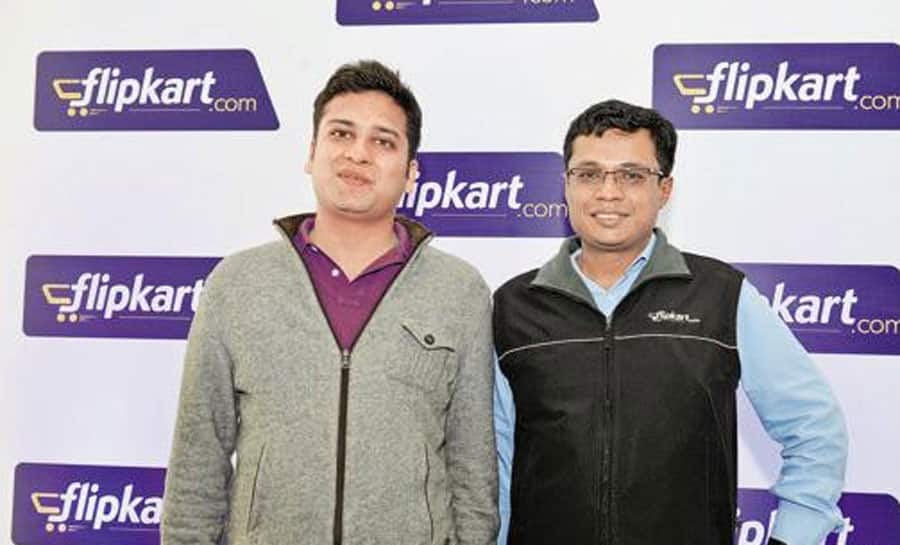 New Delhi: When IIT Delhi engineers Sachin Bansal and Binny Bansal started Flipkart in 2007 with Rs 4 lakh, going door-to-door to deliver books, they had no intention to sell their company irrespective of the valuation.

Sachin had categorically said in an interview earlier that he will never sell Flipkart, in which the US retail giant Walmart is finally buying 77 percent stake for USD 16 billion (Rs 1.02 lakh crore).

After seeing ups and downs in business through 11-years, he has exited the business by selling his entire stake of over 5 percent for around Rs 7,000 crore.

Binny, not related to Sachin, will retain his 5.5 percent stake and will be Chairman of the company's Board. He said Walmart is the ideal partner for the next phase of Flipkart journey.

After working for e-c0mmerce giant Amazon, the two friends set up Flipkart.

Sachin comes from a business family, while Binny's father was a banker and mother a public servant.

The Chandigarh duo envisaged making shopping easier. Sachin started operations of Flipkart in August 2007 and was joined by Binny Bansal about a month later.

They started Flipkart with selling books online with 'cash-on-delivery' facility to win the confidence of Indian consumers in online shopping.

The valuation of brand, which started business with Rs 4 lakh, is now over USD 20 billion or around Rs 1,35,000 crore after US retail giant Walmart's investment of USD 16 billion in the firm.

In January 2016, Sachin had to give up his role as Chief Executive Officer at the company reportedly due to performance related issues.

Flipkart rejigged its management and Binny took over as CEO. A year later, Kalyan Krishnamurthy was elevated to the position of CEO of Flipkart.

The firm operated in India but it has parent firm registered in Singapore to avoid complex Foreign Direct Investment (FDI) rules and high rate of taxes imposed on corporates.

The company has been raising billions in funding and investing in expansion and growth of the business.

eBay to sell stake in Flipkart for about USD 1.1 billion; to relaunch eBay India