Ireland won the toss and opted to bat first in the must-win second One-Day International (ODI) of the three-match series at the Rose Bowl Cricket Ground in Southampton on Saturday. 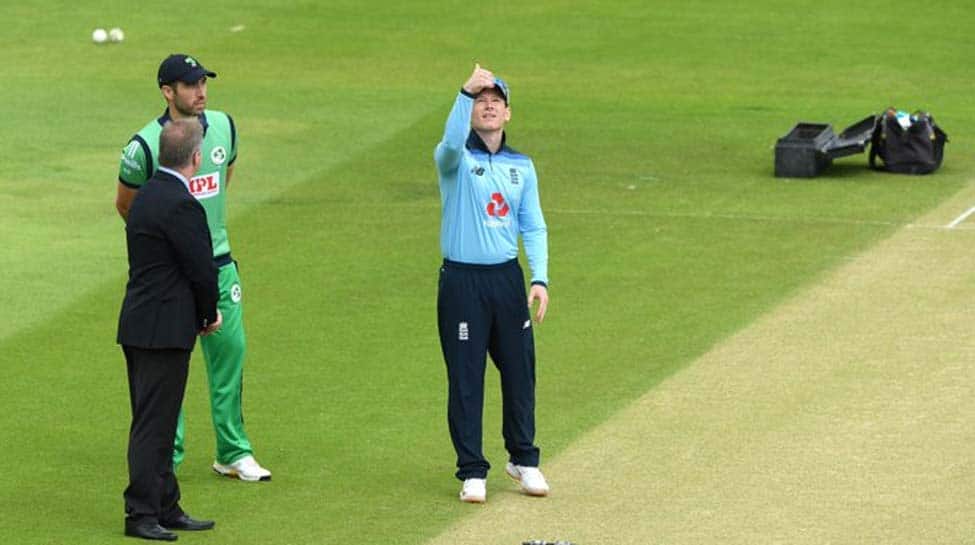 Ireland won the toss and opted to bat first in the must-win second One-Day International (ODI) of the three-match series against England at the Rose Bowl Cricket Ground in Southampton on Saturday.

Ireland have won the toss and are going to bat first  #ENGvIRE pic.twitter.com/D6grCHRNZu

Following the win, Ireland skipper Andrew Balbirnie said that as the match is taking place at a used wicket, they felt that batting first will be a good decision.

"It's a used wicket so that's why we want to bat first, but we've got to bat better.We need to show a bit more application early on in the innings," ESPNcricinfo quoted Balbirnie as saying.

England skipper Eoin Morgan, on the other hand, said that his side will look to replicate their intensity up front.

"Not bothered to be honest.Might be a bit of moisture in the wicket but looking to replicate our intensity up front," Morgan said.

As far as Playing XI is concerned, Ireland skipper Balbirnie has confirmed that Barry McCarthy has been ruled out of the remainder of the ODI series against England.

Josh Little has been called up in the squad in place of Balbirnie for the second ODI.

After slumping to defeat in the opening ODI by six wickets at the same venue, Ireland will look to bounce back strongly and win the second match in order to stay alive in the series.

England, on the other hand, will look to continue their winnings momentum and take an unassailable 2-0 lead in the three-match series.

The Playing XIs of the two sides are as follows: