De Villiers will be the third overseas player in the Brisbane Heat squad alongside the Afghanistan spinners Mujeeb Ur Rahman and Zahir Khan. 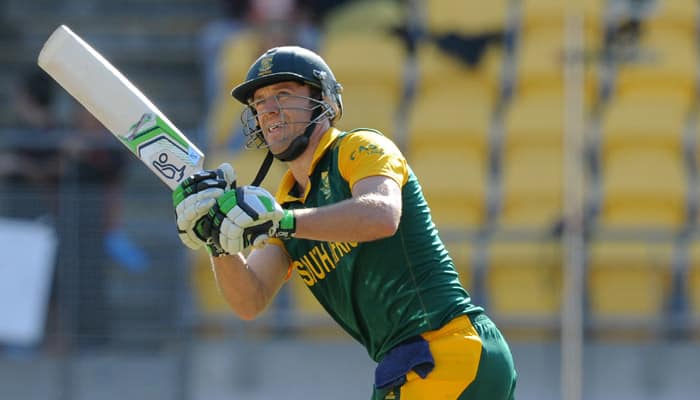 Former South African skipper AB de Villiers is all set to make his long-awaited debut in the Big Bash League (BBL) as he has been roped in by Brisbane Heat for the 2019-20 season of the T20 tournament.

De Villiers had previously hinted at his participation in the BBL and he has now confirmed his availability for the second half of the tournament.

"I like to be at home over the Christmas and New year period, but I couldn't say no to coming to Brisbane and joining in on the fun. It's one of the best tournaments around and I've been following it for a while now. From what I've heard from other players who have played there, it's just all positives. The standard of cricket is good, and they get big crowds," the International Cricket Council (ICC) quoted de Villiers as saying.

The former South African batsman further said that he is excited with the prospect of joining forces with Brisbane Heat captain Chris Lynn, who attacks the game really well.

“I've spoken to Chris [Lynn, the Heat captain] a few times after games in the IPL.I always enjoy the way he plays the game, he really goes after the bowling, he attacks the game, and he seems like a really good team-mate. He gives his best shot for the boys. I'm looking forward to joining forces with him," de Villiers said.

De Villiers will be the third overseas player in the Brisbane Heat squad alongside the Afghanistan spinners Mujeeb Ur Rahman and Zahir Khan.

The ninth edition of the BBL is slated to take place from December 17, 2019 to February 8 next year in Australia.