BAN vs AUS 5th T20I: Bangladesh bundle out Australia for 62 to clinch series 4-1

No Australian batsmen were able to show fight in the 122-run chase and the visitors were bundled out for 62 inside 14 overs. 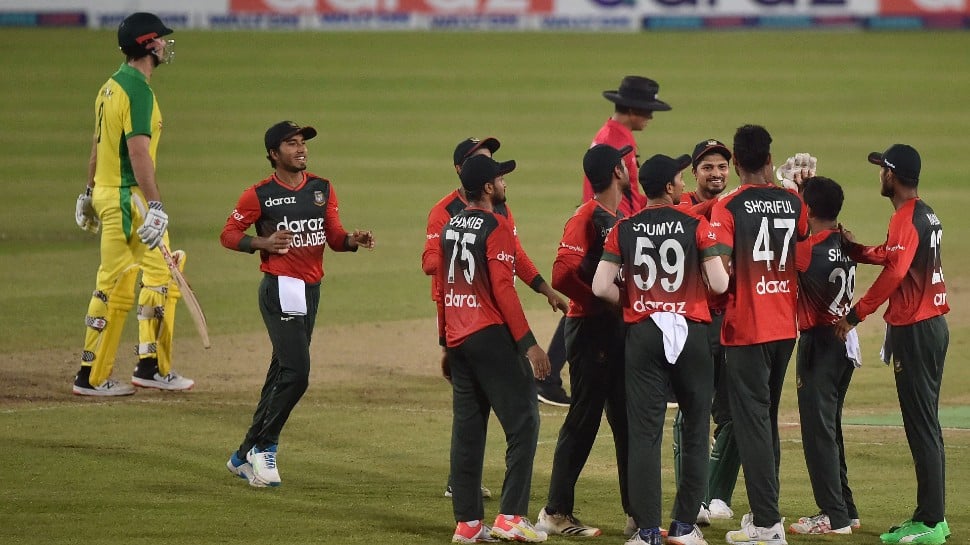 A spirited bowling performance helped Bangladesh defeat Australia by 60 runs in the fifth and final T20I  at the Shere Bangla National Stadium in Dhaka on Monday.

With this win, Bangladesh won the five-match series 4-1. Earlier, Australia had lost the T20I series against West Indies by the same margin.

No Australian batsmen were able to show fight and the visitors were bundled out for 62 inside 14 overs.

Earlier, Nathan Ellis and Dan Christian scalped two wickets each as Australia restricted Bangladesh to 122/8 in the allotted twenty overs. Naim top-scored for the hosts as he played a knock of 23 runs with the help of one four and one six.

No Bangladesh batter was able to stay at the crease for a long time and this resulted in the hosts being reduced to a below-par score.