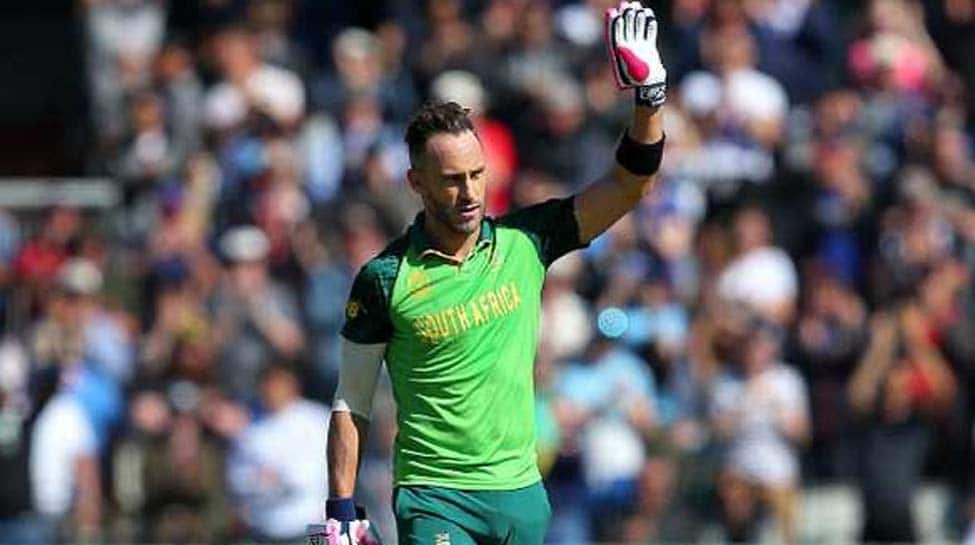 Former South African captain Faf du Plessis, who had led the national team in a total of 112 matches across the three formats of the game, was born on this day in 1984.

The International Cricket Council (ICC) took to its official Twitter handle and extended warm birthday greetings to Du Plessis, who turned 36 on Monday.

Along with the picture of Du Plessis, the world's cricket governing body also listed down the career stats of the former South African captain.

Du Plessis made his international debut for South Africa during a One-Day International (ODI) match against India at Newlands in January 2011.

While the former captain received his maiden Twenty20I cap during a match against England in September 2012, the swashbuckling batsman played his first match for South Africa in the longest format of the game against Australia just two months later.

Du Pessis became the fourth South African to score a century on his Test debut as he smashed an unbeaten knock of 110 runs in a drawn clash against England.

Du Plessis was appointed as South African skipper for T20I series against New Zealand in 2012 before being confirmed as full-time skipper in February 2013.

In December 2016, he was named as Test skipper and assumed as full-time captaincy in all the three formats of the game in August 2017 after AB de Villiers stepped down from the role in the limited-overs cricket.

In February this year, Du Plessis had stepped down as the skipper across all formats of the game with immediate effect.

Du Plesiis was set to represent Chennai Super Kings (CSK) in the 2020 edition of the Indian Premier League, which ws scheduled to run from March 29 to May 24. However, the tournament was postponed indefinitely by the Board of Control for Cricket in India (BCCI) due to coronavirus pandemic.