The Guyana Amazon Warriors on Tuesday booked a berth in the 2018 Caribbean Premier League final after a nervy two-wicket win over Trinbago Knight Riders at the Providence Stadium, Guyana. 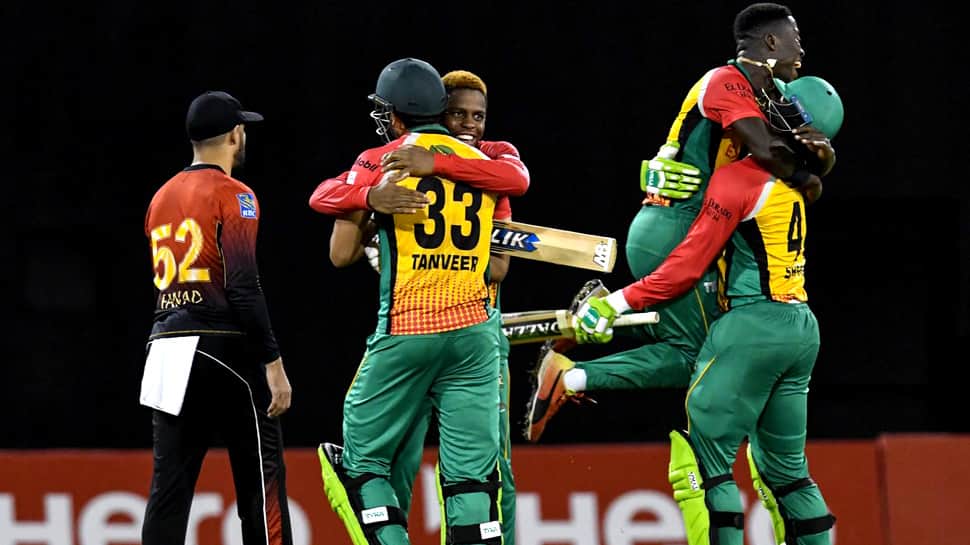 The Guyana Amazon Warriors on Tuesday booked a berth in the 2018 Caribbean Premier League final after a nervy two-wicket win over Trinbago Knight Riders at the Providence Stadium, Guyana.

A low-scorer thriller sent Guyana into the Sunday showpiece, while the Knight Riders on Friday need to beat the Jamaica Tallawahs or St Kitts & Nevis Patriots to advance to the final.

Chasing 122 in the playoff clash, the Warriors were reduced to 52/5 in 11.4 overs. Shimron Hetmyer then stitched a 50-run partnership with Sherfane Rutherford for the sixth wicket to put Guyana on course. However, Guyana were in for a scare after two losing Hetmyer (39) and Rutherford (30) on successive balls.

Dwayne Bravo scalped Rayad Emrit (1) in the next over to leave Guyana reeling at 105-8 with 12 runs needed in as many balls. Tailenders Romario Shepherd and Sohail Tanvir scored 8 runs in the penultimate over of Kevon Cooper to push the match to the final over.

Requiring 4 runs off the final over, Knight Riders' skipper Dwayne Bravo threatened to take the match after three dot balls in a row but Sohail Tanvir, with 3 needed off 2, held his nerve to seal his side place in the final with a six down the ground.

Earlier, the Knight Riders got off to a horrible start after losing four wickets for 24 runs in the sixth over. Colin Ingram (25) and Darren Bravo (24) steading the Knight Riders with a 48-run partnership and Dwayne Bravo’s (22) 36-run 7th wicket stand with Kevon Cooper (15) crawled Riders to 122/7 in 20 overs.