In the 4th Test at Dharamsala, when Kohli was out injured and Ajinkya Rahane in charge, Kumble went with the selection of the Chinaman after failing to pick him in previous match. 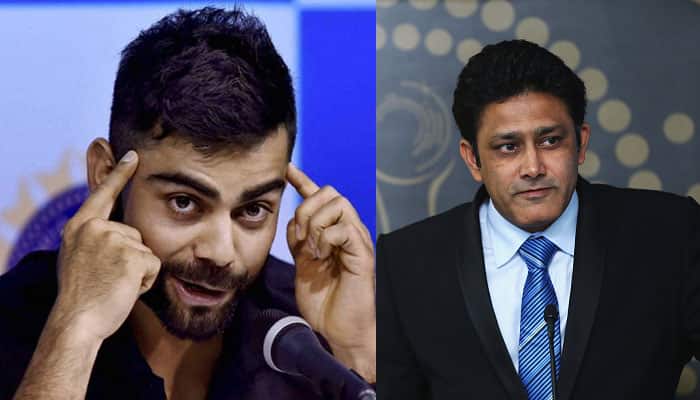 New Delhi: Soon after the Board of Control for Cricket in Indian (BCCI) rolled out invitation for fresh applications for the post of the coach of Indian cricket team, the cricketing fraternity – all bamboozled with the board's decision to not offer Jumbo an extension – started contemplating on what might be the reason behind such a move.

Now, after several media reports claimed that a possible rift with Team India captain Virat Kohli is the prime reason behind the former leg-spinner not being offered an automatic extension, a report in The Hindu suggests that the seeds of this feud were probably sown during Test series between India and Australia, back in March.

BCCI officials doubt that fissure in the team harmony began to widen over left-arm chinaman Kuldeep Yadav' selection in the India – Australia series. While Kumble wanted Kuldeep to be a part of the 3rd Test in Ranchi, Kohli was against it and hence the spinner wasn't picked.

In the 4th Test at Dharamsala, when Kohli was out injured and Ajinkya Rahane in charge, Kumble went with the selection of the Chinaman.

Putting light on the matter, a BCCI official was quoted as saying by The Hindu, “This may or may not be the reason. But we believe the people in the corridors of power have been told that Kumble is overbearing and doesn’t give freedom to the players. It’s sad that aspersions are cast on a legend of Indian cricket.”

Eventually, Kumble was proved right as Kuldeep produced a phenomenal performance to pick 4 wickets in first innings (India was led by Ajinkya Rahane for the injured Kohli).

If reports are to be believed Kumble's continuation as the Head Coach of the Indian team looks in jeopardy, but for the good of Indian cricket, everyone hopes that the feud (if any) is resolved soon