Sala made his move from Ligue 1 outfit Nantes to Premier League side Cardiff City for a club record fee of 15 million pounds last weekend. 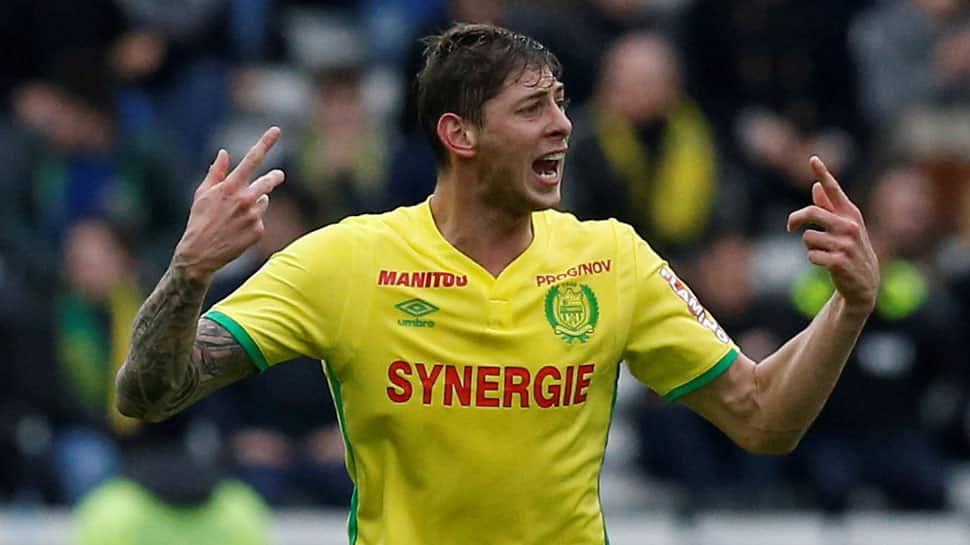 Search and rescue for disappeared plane carrying new Cardiff City signing Emiliano Sala has been suspended after the sunset on Tuesday, and the chances of survival of the Argentine footballer are feared to be "slim", according to Guernsey police responsible for the mission.

Sala made his move from Ligue 1 outfit Nantes to Premier League side Cardiff City for a club record fee of 15 million pounds last weekend.

After meeting his former Nantes teammates, Sala was expected to take a light aircraft from Nantes to Cardiff on Monday evening. The plane, however, lost contact from radar when flying over the English Channel.

French civil aviation authorities confirmed that Sala was on the plane at the time it disappeared, Xinhua news agency reported.

A search and rescue operation was underway shortly after the aircraft disappeared from radar, but had to be suspended overnight between Monday and Tuesday due to challenging conditions on the sea, before it resumed on Tuesday morning.

During the 15-hour search covering a total of 1,155 square miles (around 3,000 square kilometres), a number of floating objects have been seen in the water, but any of these cannot be confirmed to be from the missing aircraft, Guernsey police revealed via the social network.

"We have found no signs of those on board," said Guernsey police, "If they did land on the water, the chances of survival are at this stage, unfortunately, slim."

Authorities decided to suspend the search and rescue operations after the sunset around 5 p.m. local time.

"The current plan for it is to resume at sunrise tomorrow," Guernsey police added.

The 28-year-old Sala scored 12 goals in 19 league appearances for Nantes this season.

The French Football Federation (FFF) decided that the French Cup round of 32 tie between Nantes and Entente Sannis Saint-Gratien, initially scheduled on Wednesday, has been postponed until Sunday.