Praising the phenomenal batting exploits of Kohli, who cracked his 41st ODI hundred against Australia at Ranchi in the third game of the series, Harbhajan said that the Indian skipper has hit a "purple patch", and is one of the toughest batsmen to bowl to as he doesn't show any weakness. 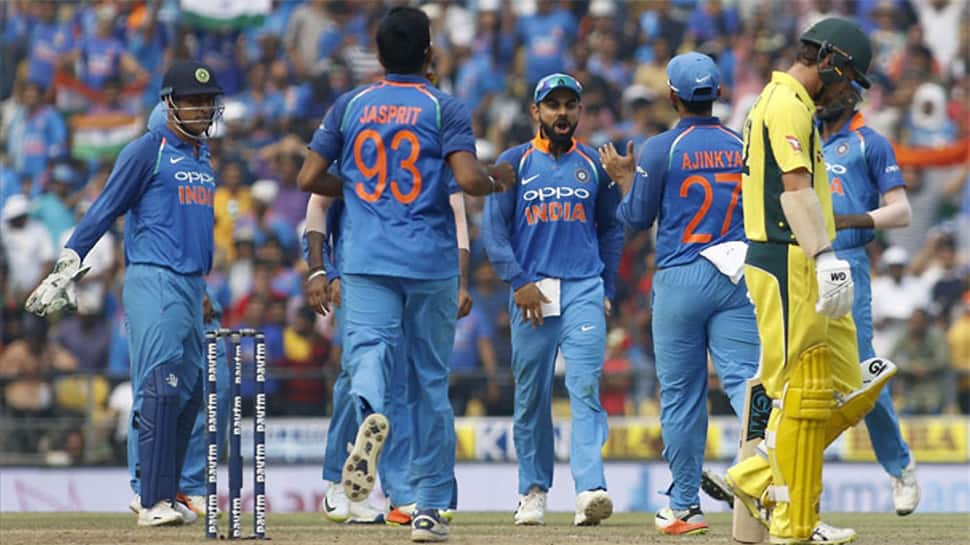 Top Indian players like skipper Virat Kohli and Jasprit Bumrah need to be careful not to get injured or pick up niggles during the IPL that precedes the ICC World Cup this year, feels Harbhajan Singh.

Saying the mega event, commencing on May 30 in England, is still some way off, the Indian off-spinner said Kohli's men will go into it with their confidence high by winning the ongoing ODI series against Australia and becoming the top-ranked team in the world.

"The World Cup is still very far. We will have to wait and watch what happens. But this is a kind of team which can lift any major championship. World Cup or any big tournament, - they can definitely win. They have the team (for it)", Harbhajan told PTI on Sunday.

"But they have to be careful. The IPL is a tournament in between where they will be playing a lot of cricket, one game after the other. That's where fitness will come into play."

"You don't want your key players to get injured. You don't want to see someone like a Virat Kohli, Rohit Sharma, Jasprit Bumrah miss the World Cup because of injuries or niggles. You want them to be on their best of form and (play) the best of cricket," said the veteran who has 417 Test wickets and 269 ODI wickets to his name, and was part of the 2011 World Cup winning squad.

Harbhajan spoke on the sidelines of an event organized by Rustomjee Elements and gymnasium Body Art.

"Obviously, this current series (against Australia) will help them (India) to get that confidence (before the World Cup). If they become the number one side in the world, going forward in the World Cup, you go there as a number one which will boost their confidence," he said.

Praising the phenomenal batting exploits of Kohli, who cracked his 41st ODI hundred against Australia at Ranchi in the third game of the series, Harbhajan said that the Indian skipper has hit a "purple patch", and is one of the toughest batsmen to bowl to as he doesn't show any weakness.

"Looking at his (Virat's) form, from the last four-to-five years, he has hit that purple patch and is definitely one of the toughest batsmen that you will come across as a bowler."

"Every batsman has a weak point where to bowl at and, at the moment, we don't see that with Virat Kohli. Every ball you bowl to him, he has got an answer for that," said Harbhajan.