I am in a good place now : Fit-again Robin Uthappa

Uthappa had an ankle surgery that had kept him out of action for four months. 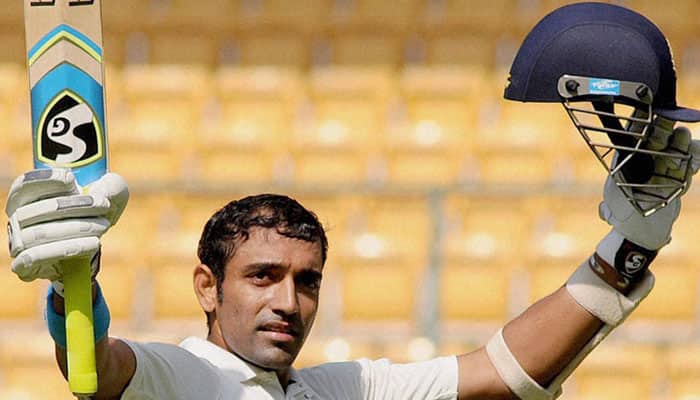 Fit-again Kolkata Knight Riders (KKR) batsman Robin Uthappa, who is back in action after recovering from ankle surgery, has said that "he is in a good place" at the moment after taking part in a Syed Mushtaq Ali tournament game.

The 33-year-old, who plays for Saurashtra in domestic cricket, scored 46 against the Railways on Thursday.

"I am in a good place right now. Well honestly, it has been a learning curve for me - going through the injury, and then, the surgery," Uthappa was quoted as saying by the KKR website.

Uthappa had an ankle surgery that had kept him out of action for four months.

He spent almost a month at the KKR academy and recovered under the watchful eyes of Abhishek Nayar, the lead coach and mentor of the Academy.

Uthappa went under the knife in London last October.

The condition is called Osteophytes, where after a particular bone or joint goes through some stress, it causes additional growth as the bone naturally calcifies itself to bridge the gaps.

"It was impeding the flexibility and movement around my ankle, and I have had it for the last three or four years.

"Immediately after the surgery, the range of movements around my ankle was almost twice as much as (it was) before the surgery even happened. So I am really happy to get it out of the way. I am happy to be back to playing cricket.

More ODIs ahead of ICC World Cup would have been ideal, feels Virat Kohli