With the start of the Champions Trophy just two days away, this was a poorly-timed flop from Bangladesh, whose bowlers were swatted away by holders India as piled up a 300-plus total. 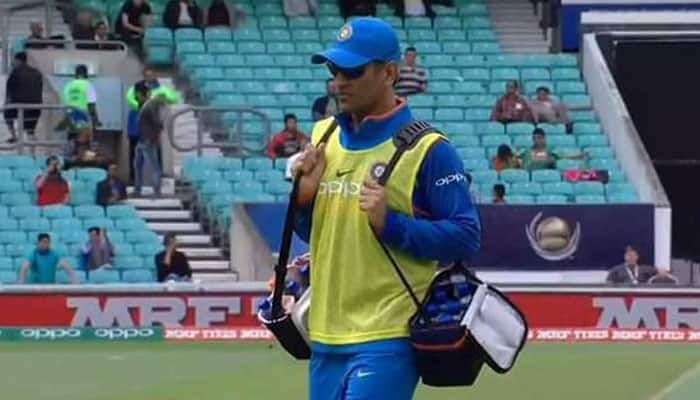 New Delhi: The Indian cricket team secured a supremely convincing 240-run victory over Bangladesh in their second warm-up match ahead of the Champions Trophy, but the victory became even more special considering Virat Kohli, MS Dhoni, Yuvraj Singh didn't even come out to bat in the encounter.

Skipper Virat Kohli decided to give players like Shikhar Dhawan, Ajinkya Rahane, Dinesh Karthik, Hardik Pandya and Kedar Jadhav a longer practice-run, going into the high-pressure game against Pakistan. The move very well worked out as Karthik top-scored with his 94, while Pandya hammered a fiery 54-ball 80 to help his side post 324 batting first.

Dhoni might not have been able to mesmerize the crowd with his explosive batting against the Tigers, but he surely brought smiles on the fans' faces after coming out as 'water-boy' during drinks break in the match.

Here's a video of the incident:-

With the start of the Champions Trophy just one day away, this was a poorly-timed flop from Bangladesh, whose bowlers were swatted away by defending champions India, who piled up a 300-plus total.

Bangladesh collapsed to 22 for six in just 7.3 overs at the Oval before being bowled out for 84 under cloudy skies in south London.

Bhuvneshwar Kumar and Umesh Yadav shared the first six wickets as Bangladesh demonstrated they can be just as vulnerable as England to seam and swing in helpful conditions.