ICC World Cup 2019: Afghanistan in confident mood as they look to get off the mark at the World Cup

Afghanistan are eyeing their first points at the ICC Men’s Cricket World Cup when they take on South Africa at Cardiff Wales Stadium on Saturday. 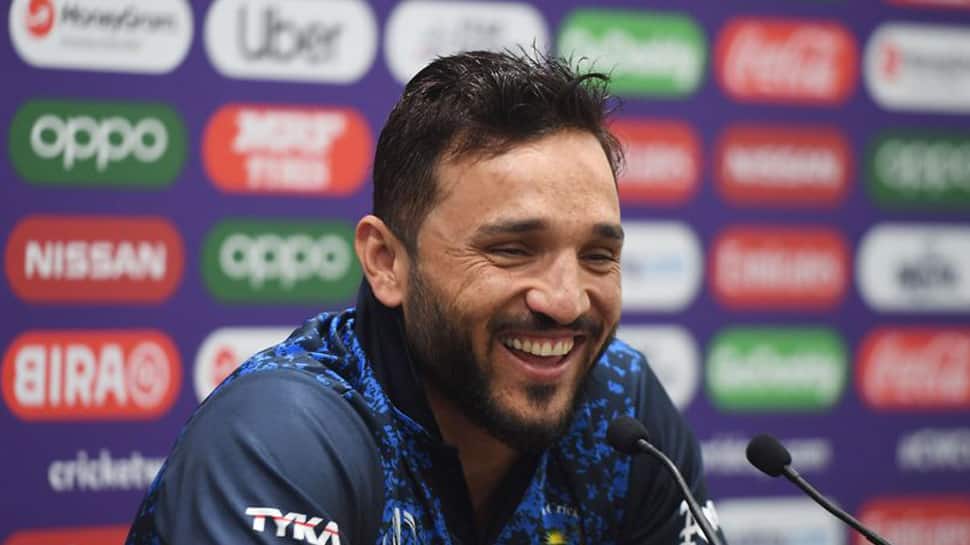 Afghanistan are eyeing their first points at the ICC Men’s Cricket World Cup when they take on South Africa at Cardiff Wales Stadium on Saturday.

As per ICC press release, like South Africa, Afghanistan lost their first three matches of the league stage and want to get points on the table as soon as possible as they seek to challenge the rest of the field, something they believe they can still do.

And despite their results to date they go into Saturday’s game at the Cardiff Wales Stadium with the belief that they can still reach the knock out stages.

Afghanistan captain Gulbadin Naib said. “We are here to win. We’ve lost three games but we still have a chance. Everyone has nine games and nobody can yet say who will be in the top four.

“We are focusing on the coming games. If we get one good game, it will be good for our cricket.”

Naib identified batting as a major area for improvement in his team and put the responsibility on the top-order to produce runs. “In the last three games only Hashmat (has done well). Everyone else is struggling,” Naib added.

“We know how our batsmen have been playing. If one of the batsmen scores 80 or 100, that will be good for the team. Everyone tried.

“The batsmen have also tried to build small partnerships but it’s important that in the top five, one or two score fifties or eighties. Everyone is hoping we get better and better in the next game.”

Afghanistan have only scored more than 200 runs once in their three innings and only one of their line-up, Hashmatullah Shahidi, has scored a half-century but the bowling and fielding departments did not entirely escape the captain’s critical eye.

“We haven’t click in any department. If we click in one of them, we can do well,” Naib said.

Better news for Afghanistan is that leg spinner Rashid Khan will be available to play after recovering from a blow to the head.

Khan was hit by Lockie Ferguson during Afghanistan’s match against New Zealand last Saturday but has been training and could be key to earning his country their first win at the tournament.

“He practiced yesterday and he is feeling much better now,” Gulbadin Naib, Afghanistan’s captain confirmed.

But, Naib knows conditions may not help Rashid and the rest of his spinners, especially as the wet weather has dominated the build-up to this match.

He added: “In the last three games, it didn't suit the spinners. It will depend on the weather. If the ball spins it is really difficult for anyone. We tried to forget the matches we have already played and look at the next matches.”

Jason Holder has no regrets about gambling on Russell’s fitness