ICC World Cup 2019: Mark Wood out to prove his place among the pantheon of Ashington greats

Towns in England might be known for their quaint shops or heavy industry, their rich history or natural beauty. In the case of Ashington, it is synonymous with the sport. 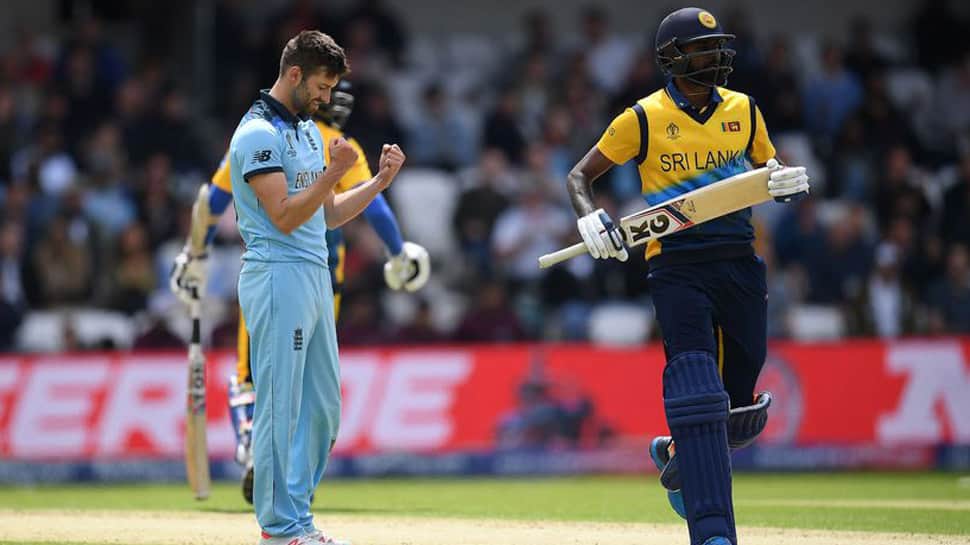 Towns in England might be known for their quaint shops or heavy industry, their rich history or natural beauty. In the case of Ashington, it is synonymous with the sport.

As per ICC press release, a small spot in Northumberland located only three miles from the bracing North Sea coast, it has already produced three much-loved England footballers and an Ashes hero.

Brothers Bobbie and Jackie Charlton, World Cup winners in 1966, hail from the town. They followed in the footsteps of Jackie Milburn, still considered by some Newcastle United fans to be the greatest centre-forward of them all.

Steve Harmison then put it on the cricketing map with his fiery, match-winning performances in the momentous 2005 Tests against Australia, striking Ricky Ponting on the cheek on the very first day of the series.

Now Mark Wood is out to add his name to the roll call of Ashington’s sporting heroes.

And the disappointment at being last man out as England lost by 20 runs to Sri Lanka at Headingley will not wipe the smile off his face for long with his ICC Men’s Cricket World Cup campaign continuing against Australia at Lord’s on Tuesday.

It seemed as though Wood might be able to stay at the crease while Ben Stokes, his Durham colleague, found the boundaries and ran the appropriate singles to get England over the line – but that wasn’t quite to be.

The fact is that Wood is striking form at exactly the right moment with the ball for England. His performances are demanding a place in the side he feared would be lost once Jofra Archer’s qualification was fast-tracked for the ICC Men’s Cricket World Cup.

His three-wicket haul against Sri Lanka at Headingley took him to 12 in five matches for the competition and reiterated how he can slot in alongside Archer rather than serve as understudy.

Breaking down those returns reveals a degree of consistency that Eoin Morgan must appreciate because Wood has taken at least two wickets in each and every one of his appearances so far.

Few will begrudge success given the way that injury has punctuated Wood’s career. Little more than a month ago, his place in England’s 15-man squad was subject to some doubt because of issues with his ankle.

Ironic, then, that problems with fitness have helped him to become the clever practitioner who currently ranks among the leading pace bowlers of the tournament.

A year or so ago, Wood talked to Kevin Shine, the ECB lead fast bowling coach, about extending his run-up to generate better, more even rhythm and a gradual build-up of pace.

While his previous, shorter approach meant that batsmen might be surprised by the sudden whippy pace – particularly a skiddy, well-directed bouncer – it was putting undue strain on his body.

The selectors picked him for a Lions tour of the UAE before Christmas with instructions to prove himself the pick of those next in line for the senior teams. And Wood responded, looking every inch the international he already was among talented, but emerging team-mates.

So, when Olly Stone was injured during England’s Test tour of West Indies earlier this year, Wood was the obvious choice as replacement – and he didn’t disappoint when a place in the actual XI became vacant.

In truth, a fit Wood was never likely to miss out on World Cup selection given his contributions in the four years since England’s eye-opening struggles at the event in Australia and New Zealand in 2015.

All that has happened is a slight change of role. Whereas for much of the time he appeared to be the most likely new-ball partner for Chris Woakes he has evolved into first-change operator, giving Morgan a cutting edge after the opening overs.

To prove it, he struck in only his second over against Sri Lanka, ending brilliantly promising innings from Avishka Fernando which included two hooked sixes off Archer by persuading the youngster to uppercut to third man.

He then returned in the death overs to profitable effect, bowling Lasith Malinga with a yorker of which the Sri Lankan himself would have been proud. Not too dissimilar, in fact, to the one unleashed by Malinga on Jos Buttler later in the piece. Good company, indeed.