With the India vs England T20I series level 1-1, it will be all about maintaining the winning momentum when Virat Kohli and boys take the field in the third game on Tuesday. 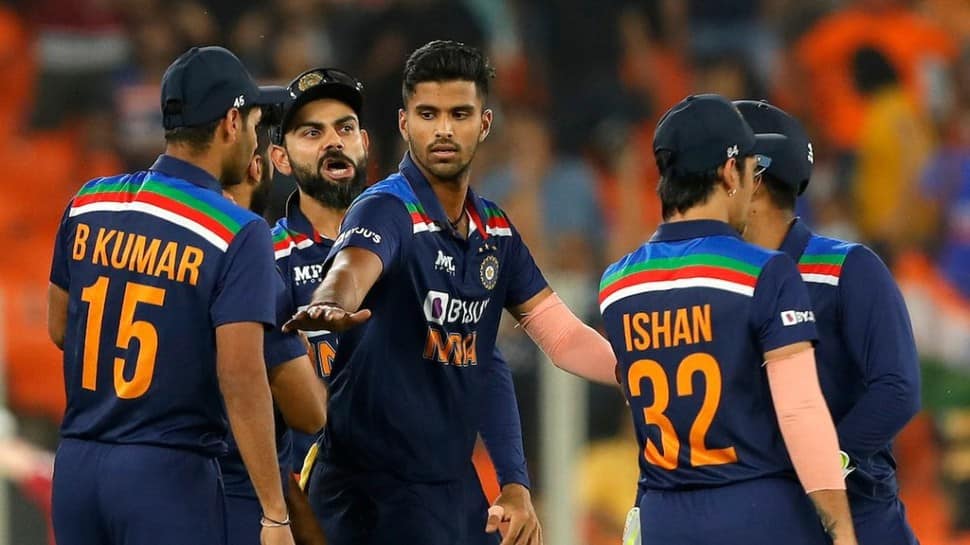 Down 1-0, Team India made a brilliant comeback in the T20I series against England as the team registered a comprehensive 8-wicket victory in the second T20I on Sunday. And with the series level 1-1, it will be all about maintaining the winning momentum when Virat Kohli and boys take the field in the third game on Tuesday.

Ishan Kishan and Suryakumar Yadav made their debut on Sunday and the pocket-sized Ishan put in a commendable show to lead India's chase. While he was dismissed after making a cracking 56 off 32 balls, the Indian side ticked most boxes.

For the hosts, nothing really went wrong barring KL Rahul's dismissal. After managing just 1 in the opener, he came back with a duck in the second game and the hosts might see Rohit Sharma replacing him after taking a short 2-game break.

The bowing wore a disciplined look as Bhuvneshwar Kumar's slower ones and Shardul Thakur's off-cutters ensured England scored just two boundaries in the last five overs on Sunday. But Morgan was happy that his side played on a slower wicket as he feels the upcoming games are going to be on similar lines.

"We want to learn as much as possible from tonight, I'm glad we played on this kind of wicket tonight, but disappointed with the way we played," said Morgan

"We were prepared coming into the series. The next game is on a red-soil pitch, so probably going to turn, but we welcome these challenges," he added.

Ishan, on debut, excelled with the bat and smashed a sensational fifty. While he ensured that the hosts didn't come across the thought of not having regular openers, the England skipper certainly felt the void created by Mark Wood's injury.

"You're always going to miss Mark Wood, he feels better today so hopefully he'll be fit for the next game. If not, the fourth game," said Morgan.

While both captains have labelled the opponents as favourites for the T20 World Cup, the England skipper is happy to get the feel of playing on Indian wickets with an eye on the mega event.

On the other hand, Kohli will now look to maintain the dominant show put up in the second T20I on the back of "X-factors" the hosts have in the squad.