It has been a season of records for the Men in Blue who won its first Test and bilateral ODI series in Australia followed by the biggest one-day series win in New Zealand. 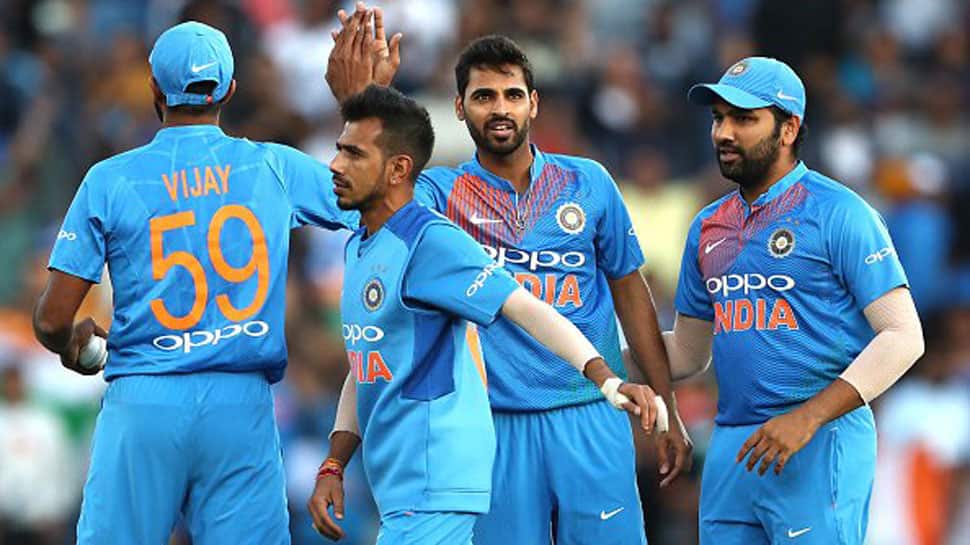 The Indian team, led by Rohit Sharma, will be aiming to become the first side to win a T20 International series in New Zealand when the two sides clash in the final match on Sunday.

It has been a season of records for the Men in Blue who won its first Test and bilateral ODI series in Australia followed by the biggest one-day series win in New Zealand.

The T20I series is now locked at 1-1 with the hosts winning the first one convincingly and India returning the favour in style in the last game.

India had a nightmare in the same venue during the fourth ODI where they were skittled out for 92 in the wake of some quality swing bowling from Trent Boult. The visitors are expected to remain unchanged from the first two games.

In the first T20I, Kiwi opener Tim Seifert gave the Indian bowlers a hard time but they came back strongly in the second tie. Krunal Pandya has once again punched above his weight with some gritty performances in the two games.

Khaleel Ahmed also picked wickets in the 2nd T20I and would look to fire again on Sunday. Skipper Rohit Sharma led with the bat in the second clash, becoming the world`s top run-getter in T20 Internationals.

The Indian middle-order has also shown solidity with the experience of MS. Dhoni and the exuberance of Rishabh Pant combining well as was evident in Auckland. For the hosts, they would look to draw inspiration from the first game and bat better.

Skipper Kane Williamson has endured a lean patch by his standards and veteran Ross Taylor has also blown hot and cold during the last three weeks.