India and Sri Lanka will lock horns in three ODIs and three T20Is, beginning on July 13. The likes of Sanju Samson, Ishan Kishan, and Suryakumar Yadav are in the white-ball squad and they would be looking to cement their place in the T20 World Cup squad. 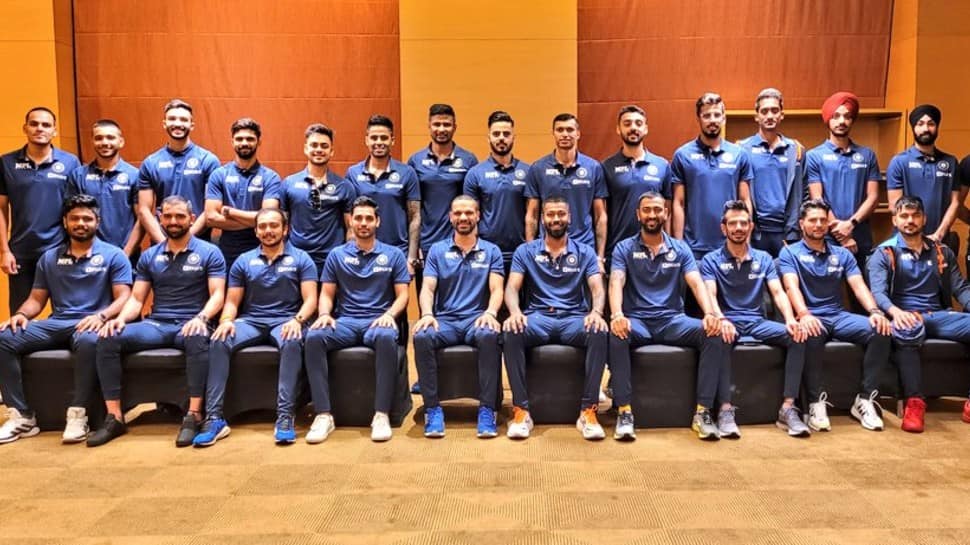 Indian cricket team pose for a picture ahead of their departure for the Sri Lanka tour for a limited-overs series. (Source: Twitter)
Share:
Written By:

The Shikhar Dhawan-led Indian white-ball squad departed for Sri Lanka on Monday (June 28). The official Twitter handle of the Board of Control for Cricket in India (BCCI) on Monday shared a photo of the entire Indian squad and it captioned the post as: “All set. Sri Lanka bound.” Rahul Dravid, India’s head coach for the Sri Lanka tour, on Sunday said he hopes the white-ball squad is able to give good performances so that they are able to knock the doors of selectors for a callup for the T20 World Cup which is set to be played later this year.

India and Sri Lanka will lock horns in three ODIs and three T20Is, beginning on July 13. The likes of Sanju Samson, Ishan Kishan, and Suryakumar Yadav are in the white-ball squad and they would be looking to cement their place in the T20 World Cup squad. “So like you said, rightly there are a lot of people in the squad who are pushing for places or looking to cement their places in the sort of T20 World Cup. But the key goal for everyone in the squad and in the team is to try and win the series, we have had discussions around it. That is the primary objective. We are going out there to win the series, hopefully, people get the opportunity to put in good performances in the course of us trying to win the series, and knock the doors of the selectors,” said Dravid during a pre-departure press conference on Sunday.

For the limited-overs series against Sri Lanka, Shikhar Dhawan would don the captain’s hat. Talking about leading the side for the first time, Dhawan said: “So it is a great honour for me to be the captain of the Indian team. I am looking forward to it, I have played under Rahul Dravid’s coaching once, I was the captain of India ‘A’ at that time, we had played against Bangladesh. I feel we guys think together, we are looking forward to the series, we will be looking to build positive things and there should be a very happy environment in which boys can express themselves and we get the best out of them.”