Shikhar Dhawan will lead the Indian team and head of National Cricker Academy (NCA) Dravid will step in to coach the young side as regular skipper Virat Kohli and head coach Ravi Shastri are in England, gearing up for the upcoming five-match Test series. 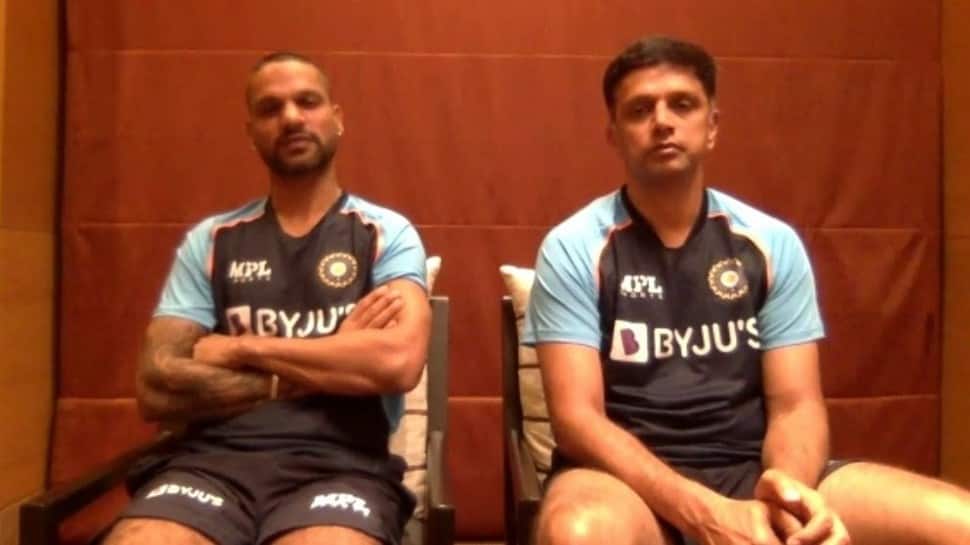 Former India captain Rahul Dravid might only be in-charge of a second-string Indian side for the limited-overs tour of Sri Lanka, but cricket fans could not keep their excitement under check after his first press briefing was shared by the Board of Control for Cricket in India (BCCI) on Sunday (June 27). In the post, Shikhar Dhawan and Rahul Dravid can be seen posing for a picture. India will travel to Sri Lanka for three ODIs and the same number of T20Is.

Shikhar Dhawan will lead the Indian team and head of National Cricker Academy (NCA) Dravid will step in to coach the young side as regular skipper Virat Kohli and head coach Ravi Shastri are in England, gearing up for the upcoming five-match Test series. The BCCI captioned the picture as “Say hello to #TeamIndia’s captain & coach for the Sri Lanka tour. We are excited. Are you?”

Soon after the Indian board tweeted the image, fans flooded social media with heart-warming messages for the duo. “Rahul Dravid - Most awaited Coach for the Indian Cricket Team,” a user said.

“The best thing Happened to Indian Cricket!. The Great Wall of India! Wish he becomes our Head Coach at the earliest,” another one said.

Looking forward to see this Indian squad in action, a lot of promising names in the lineup, full of energy and a will to give it their best.

The icing on the cake is Dravid going with them as the Head Coach. Let's frickin go!!!

Talking about the traditional press conference, Dravid said that he will speak to the management about Team India’s requirements for the T20 World Cup. The 2021 edition of the ICC World T20 will take place in the United Arab Emirates.

“These are the only three games before the T20 World Cup. I am sure the selectors and management would have a fair idea by now as to what kind of squad they are looking for T20 World Cup…Can't read too much into it (the Sri Lanka series). There might be the odd spots and people might raise their hands up and knock on the doors," Dravid said.

India will be without their players, who are in the Test squad in England, for the Sri Lanka tour, starting next month. Team India will play a couple of intra-squad games after landing in Sri Lanka. All the six matches will be played at R Premadasa stadium in Colombo.