Harleen Deol conceded two fours in the penultimate over and Arundhati Reddy bowled a no-ball when South Africa needed six from final two balls as the visitors romped home in the last ball. 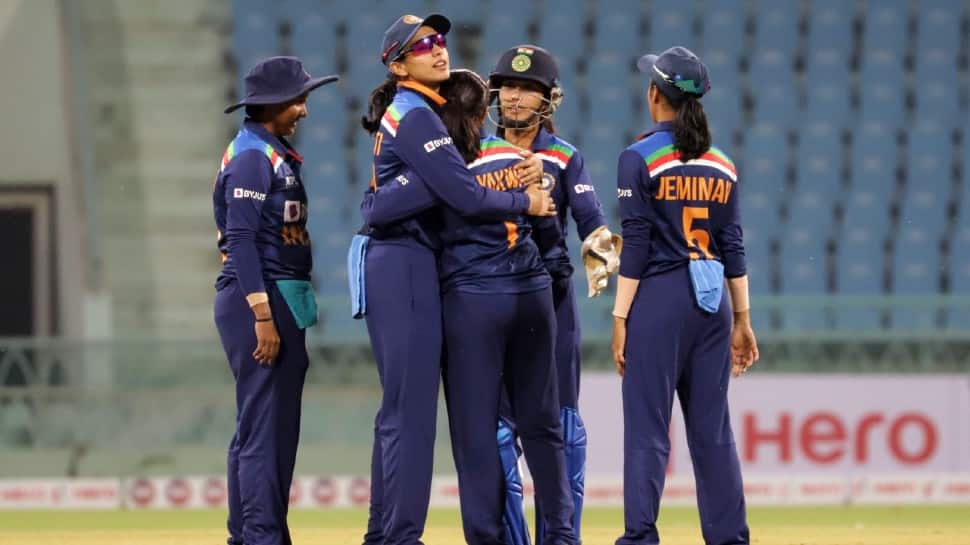 Losing the second T20 International from a strong position was a bitter pillow to swallow, said India women captain Smriti Mandhana, who blamed poor fielding for her side’s six-wicket defeat against South Africa in Lucknow on Sunday (March 21).

After losing the opening T20I by eight wickets, India were in for a chance to level the three-match T20I series as SA Women needed 19 runs from last 12 balls while chasing 159 to win. But Harleen Deol conceded two fours in the penultimate over and Arundhati Reddy bowled a no-ball when South Africa needed six from final two balls as the visitors romped home in the last ball.

“It’s a bitter pillow to swallow. I thought 80 percent of it was our game but lost it in the end,” a disappointed Mandhana said, at the post-match presentation.

“We have a lot to learn and the way we fielded, we didn’t deserve to win the game. We have to work on our fielding standards.”

She, however, praised her batters for putting up a 150-plus score. “The way our batters batted was amazing to watch and to get us to a 150-plus total. A lot of positives but lot to learn as well. We have to pull our socks and we are practising hard,” said Mandhana, who scored 7 in India’s innings.

SA women captain Sune Luus said her side played fearless cricket. “We backed ourselves, playing fearless cricket which is what you want. It’s so good for our future. We know these players coming in, we back them, they back themselves and get the results.

“Lot of work being done back home to get to where we are. It’s a chance for us to make it 3-0. Need a level of professionalism to give it our all.”

Player of the match for her 53 not out from 39 balls, Laura Wolvaardt said, “I didn’t start my innings as quickly as I would’ve liked.

“But knew with this fast outfield we had a chance. It’s not about the individual shots, but it’s knowing when to play them.”