RR registered their fifth win in 11 games to keep their play-off hopes alive in IPL 2018 on Friday. 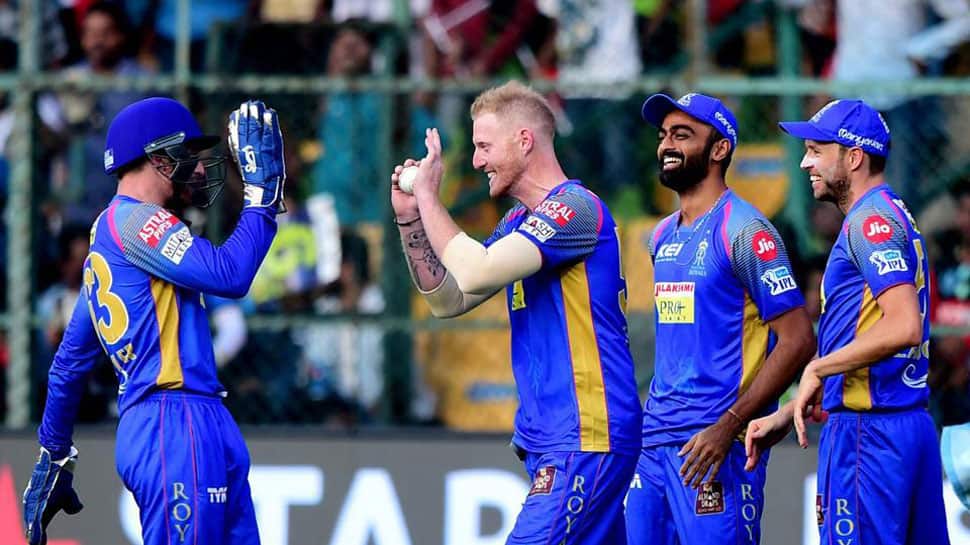 Rajasthan pulled off a thrilling chase after restricting CSK to 176/4. (PTI)
Share:
Written By:

RR registered their fifth win in 11 games to keep their play-off hopes alive in IPL 2018 on Friday.

However, the win didn't bring any improvement in their position on the table as they remained sixth ahead of RCB and DD.

CSK, too, didn't see any change in their position and remained second in the standings behind SRH despite their fourth defeat in 11 games this season.

Here is how all teams are placed after Matchday 35.

Talking about the only match of the day, Rajasthan beat Chennai by four wickets at the Sawai Mansingh Stadium in a thrilling chase.

In pursuit of 177, Rajasthan's chase looked in bad shape with 28 runs needed in the last two overs. Krishnappa Gowtham, however, rose to the occasion and hit David Willey for two sixes to bring the equation down to 12 off the last over.

Jos Buttler did the rest in the Dwayne Bravo over as RR got over the line in 19.5 overs.  Buttler remained unbeaten on 95 off 60 balls (11x4s, 2x6s) to seal the deal for RR. It was his fourth successive fifty for the Jaipur-based team this season.

Earlier in the day after opting to bat, Chennai fell at least 15-20 runs of what they should have got in light of a brilliant second-wicket stand.

CSK lost the in-form Ambati Rayudu early for 12 to West Indian Jofra Archer but after that Shane Watson and Suresh Raina batted brilliantly to bring the team back on track. Both looked in sublime touch and added 86 runs without much trouble. Things looked ominous for the hosts.

However, Watson (39) and Raina (52 for his 34th fifty in IPL history) departed in quick succession and the new batsmen MS Dhoni and Sam Billings were comfortably checked by the Rajasthan bowlers. Both added 55 for the fourth wicket but also scoffed 40 balls and that greatly compromised CSK's innings towards the end.

Billings departed for 27 in the last over. Dhoni was unbeaten on 33 off 23 balls and for the first time this season failed to middle the ball in his trademark fashion. Archer was the pick of the RR bowlers with figures of 2/42. Economically, New Zealander Ish Sodhi (1/29) was the most miserly bowler from Rajasthan.

Those 15-20 extra runs which Chennai failed to get eventually proved to be the difference.