On paper, it would be a battle between two evenly-poised teams, but overall, KKR has a slight edge over RCB, having won 15 out of 28 matches they played over the years. 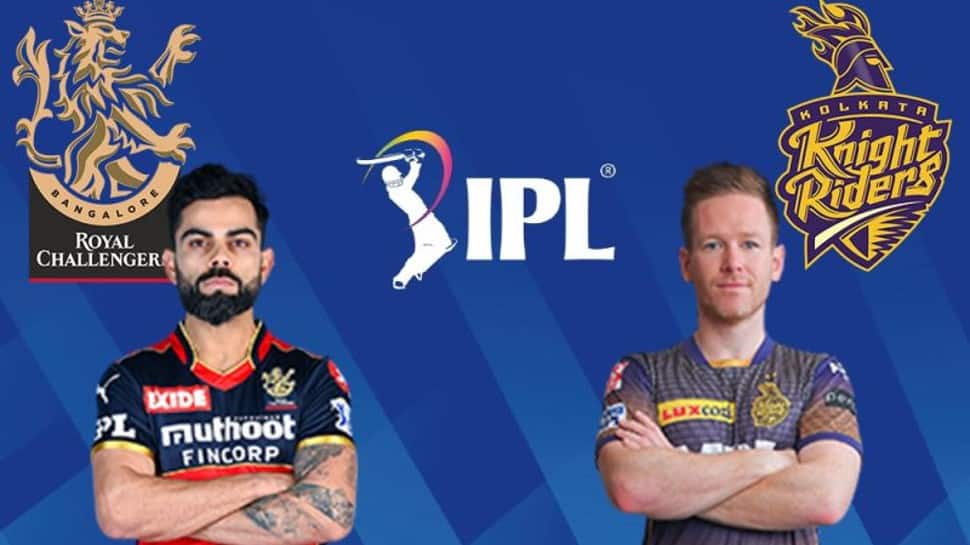 It will be a test of Virat Kohli’s tactical acumen against the ice-cool demeanor of Eoin Morgan when perennial underachievers Royal Challengers Bangalore clash with former champions Kolkata Knight Riders in the IPL Eliminator in Sharjah on Monday (October 11). Kohli, who has decided to step down from captaincy after this edition, has led RCB to the finals in 2016 besides reaching the play-offs twice in 2015 and 2020, and he would like to end things on a high in his last hurray as captain.

For Morgan, it is about regaining the lost glory for KKR, a team that achieved great success under Gautam Gambhir, who had led them to two IPL titles in a space of three years in 2012 and 2014. On paper, it would be a battle between two evenly-poised teams, but overall, KKR has a slight edge, having won 15 out of 28 matches they played over the years.

However, RCB will be brimming with confidence after securing a thrilling win over Delhi Capitals with a last-ball six in their final league match, finishing third in the standings with 18 points from 14 matches. KKR, on the other hand, scripted a terrific turnaround, finishing fourth with 14 points after winning five of seven games in the UAE leg following a lackluster performance in the first phase.

Ahead of the do-or-die clash, take a look at the important stats apropos RCB vs KKR:

- RCB and the KKR have locked other 28 times in the 13 seasons of the IPL since its inception in 2008 and the Kolkata side have had the upper hand with 15 wins, while RCB have won 13 out of those 28 encounters.

- In the two games this season, both sides won one each. Royal Challengers Bangalore won the first one in Chennai where AB de Villiers and Glenn Maxwell combined to help their side score 204 runs, which proved to be too much for the men in purple and KKR won the second game in Abu Dhabi where they restricted the men in red to just 92 runs and shot out the target in just 10 overs.

- RCB skipper Virat Kohli is the leading run-getter in the RCB vs KKR games, scoring 735 runs. Chris Gayle, who has played for both KKR and RCB previously is second in the list with 631 runs to his name against the fixture in the IPL.

- KKR’s Dinesh Karthik needs 3 dismissals to become the second wicketkeeper to effect 150 dismissals in IPL. MS Dhoni (160) is currently the lone holder of the record.

- Harshal Patel is 3 wickets away from overtaking Dwayne Bravo’s tally (32) of most wickets in a single IPL season.